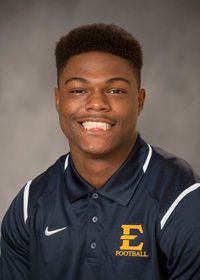 2019 (R-Freshman): Appeared in seven games for the Blue & Gold, making appearances in the final five games of the season … Primarily played on the special teams unit, finishing the season with seven tackles (six solo) … Also broke up two passes during the 2019 campaign.

2018 (Freshman): Made one appearance for the Bucs against Chattanooga on Sept. 29 … Redshirted the remainder of the season.

Personal: Son of Faith and Mack Mixon … Has yet to declare a major … Cousin Zachary Cunningham was drafted in the second round of the 2017 NFL Draft by the Houston Texans.