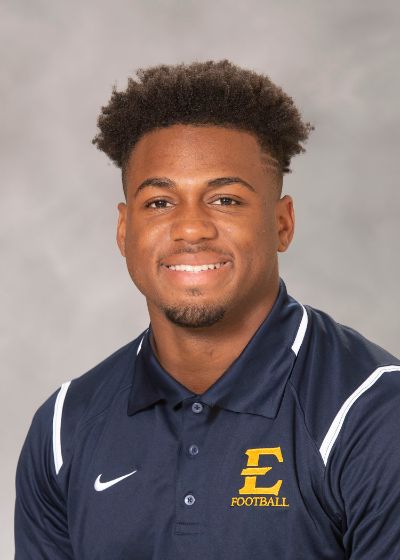 2021 (R-Freshman): Appeared in all 13 games on the year for ETSU … Capped off the season with six tackles (three solo) … Also ended the year with 1.0 tackle for loss, a sack against Delaware State (Sept. 18) … Season-high two tackles in the win at Vanderbilt (Sept. 4).

2020 (R-Freshman)*: Appeared in all six games for ETSU … Concluded the year with a career-high five tackles, including one solo tackle … Compiled 0.5 tackles for loss and one pass breakup on the season.

2019 (Freshman): Appeared in three games for the Bucs as a true freshman … Made collegiate debut against The Citadel (Nov. 2) … Played three consecutive games against The Citadel, Western Carolina (Nov. 9) and Mercer (Nov. 16) … Redshirted the remainder of the season … Appeared primarily on the special teams unit, finishing the season with two tackles … Made first collegiate tackle in Cullowhee against the Catamounts.