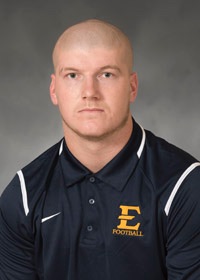 2021 (R-Senior): Named to the SoCon Fall Academic Team … Appeared in 12 games with one start on the campaign against Delaware State (Sept. 18) … Concluded the campaign with 11 tackles, including eight solo tackles … Capped off the regular season with 1.0 sack and one pass break up … Season-high tackles in back-to-back games with four wrap ups against UVA Wise (Sept. 11) and Delaware State (Sept. 18).