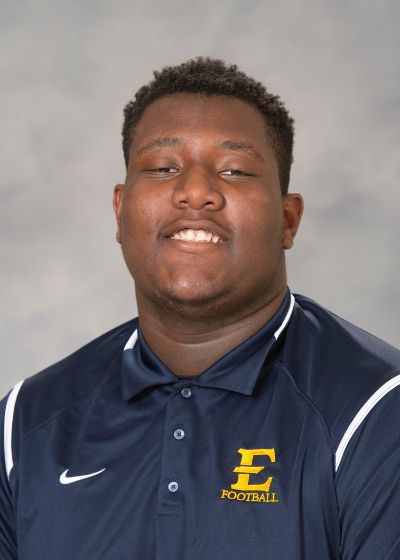 2020 (R-Freshman)*: Named to the SoCon Honor Roll … Named to the SoCon All-Freshman squad … Appeared and started on the offensive line in all six games on the year … Played in 377 snaps of the possible 401 during the season … Finished with an assignment grade percentage of 98.9% during his 377 snaps played … Capped off the season with 10 knockdowns, including a career-high of four against Mercer … Aided the Bucs in blocking for four 100+ yard rushing games, including 350 yards on the ground in the win over Western Carolina (March 27).

2019 (Freshman): Appeared in four games as a true freshman, including the final three SoCon games of the season against Samford, Western Carolina and Mercer … Played in 36 snaps in the four games and finished the season with four knock downs … Redshirted the remainder of the season.

High School: Lettered in both football and basketball at Ridgeland High School … Led Ridgeland to two region titles and was named All-Region and All-State in his final three seasons of football … Tabbed as an All-Region basketball player two years in a row and guided his team to three state playoff appearances … Finished with 1,000 points and 700 rebounds in his high school career.