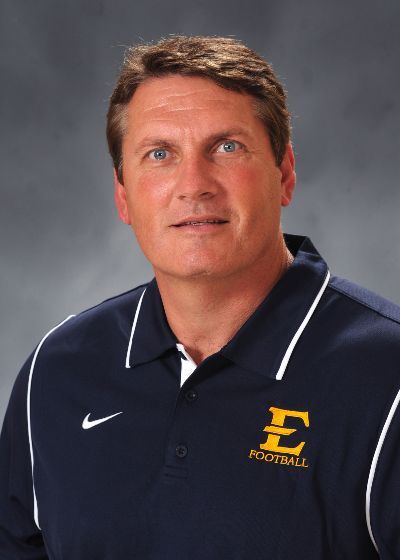 Taylor has lifted the Bucs to new heights in the six-year span as he resumed his role of defensive coordinator for the 2015 season. Taylor is now entering his seventh consecutive season with the Bucs following the 2021 spring campaign. Taylor also served as the defensive coordinator during the 2002 and 2003 seasons before the sport was discontinued until 2015.

The 2021 spring season was a unique change of scenery. However, what didn’t change was a strong defensive core guided by Coach Taylor. The Bucs led the conference in scoring defense, allowing just 18.8 points per game, ranking sixth all-time in program history. The Bucs also guided the conference in rushing defense, yielding only 114.5 yards on the ground per outing. The rush defense from the 2021 season ranks third in program history for fewest yards allowed per game.

Individually, the 2021 spring season saw a lot of success as well as the emergence of several young talents. Jared Folks earned SoCon Defensive Player of the Year honors, becoming the first Buccaneer to earn either offensive or defensive player of the year honors since Mario Hankerson in 1997. In all, six different players earned SoCon postseason accolades, including a pair of defensive players earning All-Freshman honors. In his six seasons thus far, Taylor has coached 20 All-SoCon honorees and 12 All-American winners.

Through the first six seasons in the Taylor Era, the Bucs have accounted for 4,638 tackles, 367 tackles for loss, 121 sacks, 40 fumble recoveries, 39 interceptions and 37 forced fumbles.