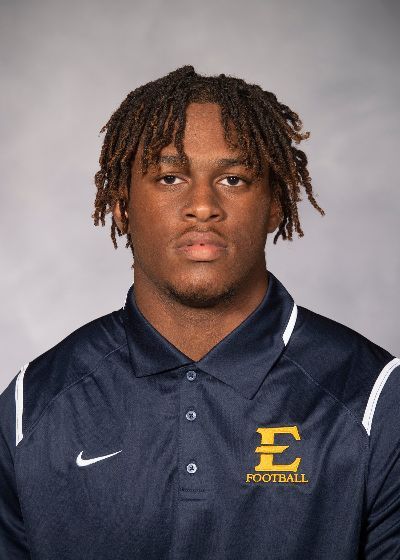 2021 (Freshman): Saw action in all 13 games for the Bucs … Concluded the year with 15 carries for 78 yards and chipping in for one touchdown … Also added one kick return for 13 yards, concluding the year with 91 all-purpose yards … Carried the ball for a career-high 42 yards on a career-best nine carries against UVA Wise (Sept. 11) … Recorded a 22-yard touchdown run against The Citadel (Oct. 9) for his first collegiate touchdown.

High School: Lettered in football at Alexander High School, primarily as a running back … Named Offensive Player of the Year in 2019 … Rushed for 1,466 yards and 17 touchdowns as a senior.