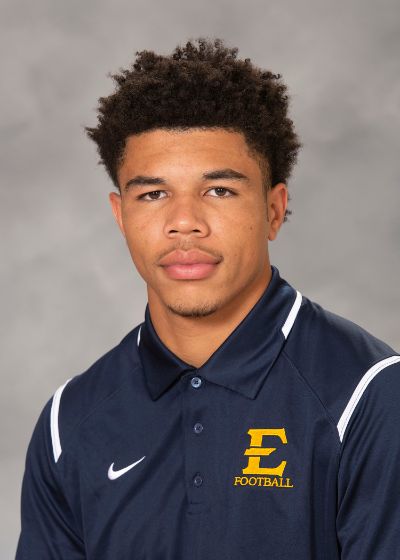 2021 (R-Freshman): Awarded a spot on the HERO Sports All-American Freshman Team and the Phil Steele Magazine First Team All-Freshman … Named to the Media Second Team All-SoCon … Appeared and started in all 13 games on the year … Finished third on the team in total tackles (76), including 2.0 tackles for loss … Continued to be a force in the defensive back unit with three more interceptions on the year, returning them for 56 yards … Also forced two fumbles on the campaign … Tallied a career-high 14 tackles in the overtime win at Samford (Sept. 25) … Recorded five or more tackles in eight of the 13 games … Earned SoCon Defensive Player of the Week following the SoCon Championship win over Mercer (Nov. 20) with eight tackles, two interceptions and one forced fumble … Posted eight punt returns for 51 yards … Named to the Preseason All-SoCon Second Team.

2020 (R-Freshman)*: Named to both the SoCon Honor Roll and SoCon All-Academic Team … Garnered with a spot on the HERO Sports All-American Freshman Team … Tabbed to the SoCon Media Second Team and the All-Freshman squad … Named SoCon Defensive Player of the Week on April 5 … Emerged on the scene for ETSU this year, starting in all six games for the Bucs … Made his first collegiate start against Samford (Feb. 20), making his presence felt with nine tackles (7 solo), 1.0 tackles for loss, one interception and two punt returns for 62 yards … Concluded the year fourth on the team in total tackles (42), finishing second on the team in solo tackles with 24 … Concluded the season with 2.0 tackles for loss, three interceptions and five pass breakups … Totaled nine punt returns for 124 yards, ranking fifth on the team in all-purpose yards (124) … Tallied a career-high 13 tackles at VMI in ETSU’s 24-20 win over the Keydets, finishing the contest with 10 solo tackles and one interception … Also recorded one interception at The Citadel … Posted five or more tackles on four occasions during the season.

2019 (Freshman): Named to the SoCon Honor Roll … Appeared in four games on the season, redshirting the remainder of the season … Made collegiate debut in ETSU’s home opener against Shorter (Sept. 7) … Finished the season with two tackles, recording first collegiate tackle against the Hawks.