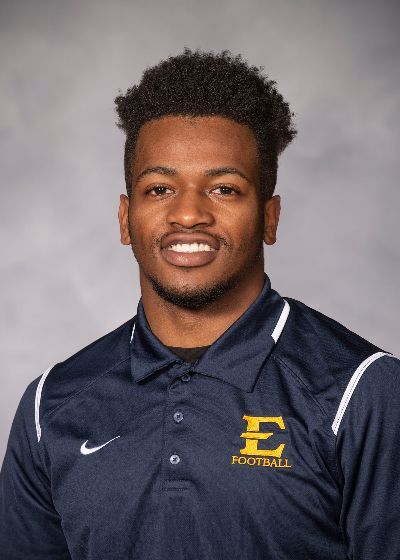 2021 (Senior): Appeared in 12 of the 13 games for the Bucs … Capped off the year with a career-best 29 tackles, including 14 solo tackles … Also posted 3.0 tackles for loss, 1.0 sack and one pass breakup … Recorded a season-high four tackles on four different occasions, including the FCS playoff win over Kennesaw State (Dec. 4) … Recorded four tackles and 1.5 tackles for loss against The Citadel (Oct. 9).

2020 (Senior)*: Named to the SoCon Honor Roll … Appeared in five of ETSU’s six games on the year … Made his ETSU debut in the season opener against Samford (Feb. 20) … Concluded the year with 11 tackles (5 solo) with 0.5 tackles for loss … Posted a season-high four tackles in the loss against Furman on March 13.

Previous School
Buffalo
2019 (Junior): Appeared in all 13 games for Buffalo, finishing the contest with 10 total tackles on the season, including three solo tackles … Registered one quarterback hurry on the season.

2018 (Sophomore): Redshirted but did see action in four games … Finished with four tackles on the season … Recorded a season-high three tackles against Troy (12/22).

High School: Played both linebacker and running back at North Florida Christian, tallying 198 tackles in his career, including 85 as a senior … Rushed for 430 yards and seven touchdowns as a senior at North Florida … Tabbed as a 2A All-State linebacker and was named the 2015 Tallahassee Quarterback Club Defensive Player of the Year … Twice named First Team All-Big Bend in 2015 and 2016