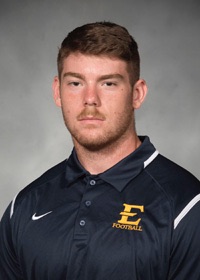 2021 (R-Sophomore): Earned a spot on the SoCon All-Academic Team … Appeared in all 13 games this year, primarily on special teams.