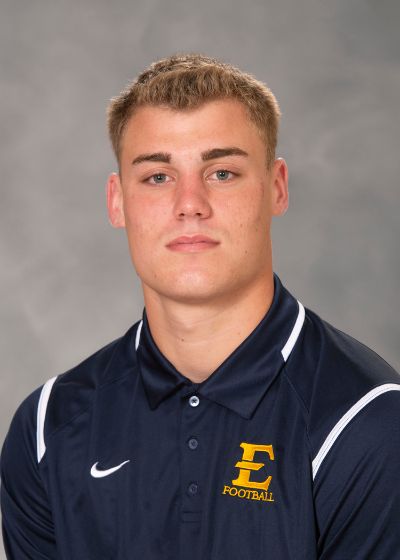 2021 (R-Freshman): Competed in all 13 games this season with two starts: Vanderbilt (Sept. 4) and Mercer (Nov. 20) … Finished the year with two receptions for 10 yards, primarily used on special teams and as a blocker in the running game … Had three kick returns for 23 yards on the season.

2020 (R-Freshman)*: Tabbed to the SoCon Honor Roll … Named to the SoCon All-Freshman team … Saw action in all six games for the Bucs, garnering five starts on the season … Made his first collegiate start against Furman (March 13) … Concluded the year with one carry for one yard, while chipping in a career-best eight receptions for 87 yards … Hauled in his first career reception in the season opener against Samford, finishing the game with three catches for 25 yards … Pulled down a career-high 36-yard reception in the next game against the Paladins … Added one kick return for 15 yards, finishing the season with 103 all-purpose yards.

2019 (Freshman): Named to the SoCon Honor Roll … Played in four games for the Bucs, retaining his redshirt status … Made collegiate debut at Appalachian State (Aug. 31) … Finished the season with one rush for 41 yards, taking a direct snap to the redzone against Mercer (Nov. 16).

High School: Lettered as a quarterback at Lawrence County High School … Totaled over 4,400 rushing yards and 66 career touchdowns … Rushed for over 2,200 yards and 32 touchdowns in 2018 … Rushed for 396 yards, seven touchdowns and nine 2-point conversions in a single game, ranking fourth all-time in Kentucky High School history … Named 2018 District and Area Player of the Year … Finished as the Kentucky 3A rushing leader … Three-time all-district selection.