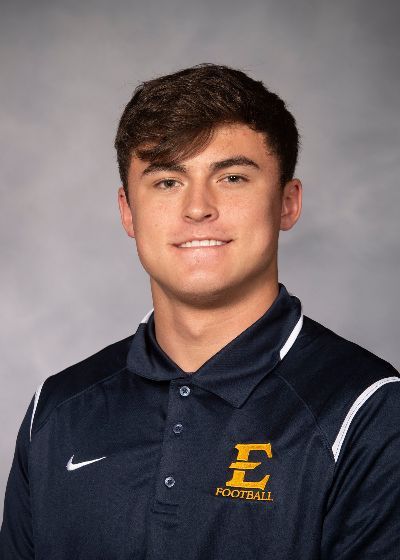 2021 (Freshman): Competed in five games for ETSU, including the final four games of the season … Did not record any stats on the year, primary playing on the special teams unit.

2020 (Freshman)*: Named to the SoCon Honor Roll … Appeared in one game on the year, making his collegiate debut in the season finale at Mercer (April 10).

High School: Lettered in football, baseball and track & field at Elizabethton High School … Guided Elizabethton to a perfect 15-0 record, including capturing the Tennessee 4A State Championship in 2019 … Was tabbed an all-state running back and named region offensive player of the year … Rushed for 1,567 yards as a senior with 14 touchdowns … Also tallied four interceptions as a safety during 2019.

Personal: Son of Chris and Amy Maupin … Plans to major in business.