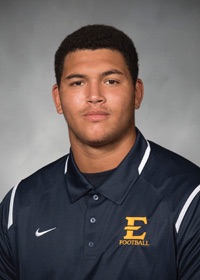 2021 (R-Sophomore): Appeared in the final five games of the season after missing significant time with an injury … Registered four tackles in the five games played, including two solo tackles … Had a season-high three tackles against VMI on Nov. 6.