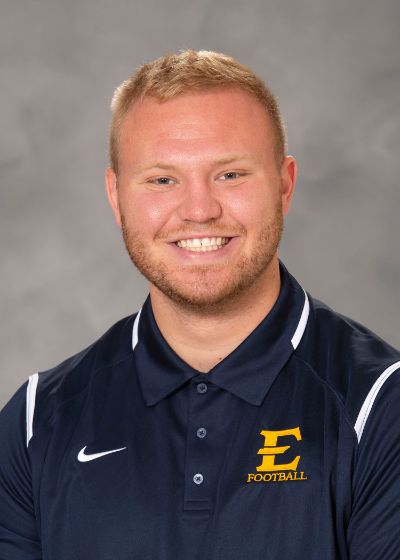 2021 (R-Freshman): Named to the SoCon All-Academic Team … Turned in an impactful season for the Bucs, appearing and starting in all 13 games on the year … Finished the year with a career-high 34 tackles, including 16 solo … Capped off the season with 2.0 tackles for loss, 1.0 sack, one pass breakup and one blocked kick … Recorded a season-high five tackles twice on the year, once against The Citadel (Oct. 9) and then at Furman (Oct. 23) … Wrapped up multiple tackles in 11 of the 13 games he played in.

2020 (R-Freshman)*: Named to both the SoCon Honor Roll and the SoCon All-Academic Team … Named to the SoCon All-Freshman Team … Appeared and started in all six games on the defensive line … Made his first collegiate start in the win over Samford (Feb. 20) … Finished the season sixth on the team in total tackles (19) and tied for second in tackles for loss (4.5) … Capped off the campaign with seven solo tackles, also chipped in for 2.0 sacks on the year … In his first collegiate start, he finished with three tackles and 0.5 sack … Posted a career-high six tackles in the win over The Citadel, while logging a career-high tackles for loss (2.0) in the win over Western Carolina (March 27) … Finished the year with a career-best 1.0 sack in the finale at Mercer (April 10).

2019 (Freshman): Named to the SoCon Honor Roll … Appeared in one game as a true freshman against Austin Peay (Sept. 21) … Redshirted the remainder of the season.