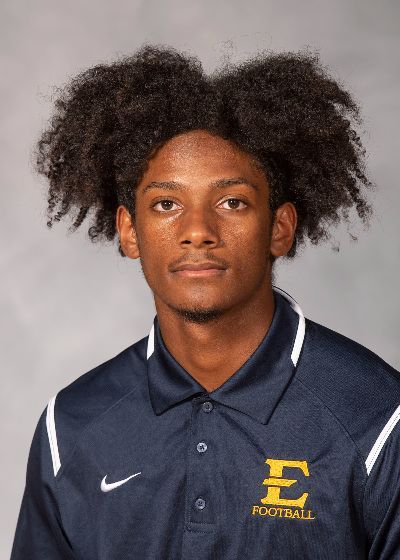 2021 (Sophomore): Appeared in seven games for ETSU, making his Buccaneer debut against UVA Wise (Sept. 11) … Pulled down one reception for six yards in the win over Wofford (Oct. 2).

Previous School(s)
Charleston Southern
2020 (Sophomore): Competed in all four games for the Buccaneers during the 2021 spring season … Was one of four Buccaneer receivers to post a 100-yard receiving campaign in the shortened season … Recorded two catches for 50 yards against Monmouth … Posted three catches for 53 yards against Robert Morris … Added one catch for four yards against Gardner-Webb.

2019 (Freshman): Finished sixth on the squad in receiving yards (190) … Fourth on the team with 21 receptions, averaging 9.05 yards per catch … Averaged 17.27 receiving yards per game for Charleston Southern … Posted his first collegiate catch for five yards against South Carolina … Three receptions for 40 yards against The Citadel … Posted a season-high performance against Campbell with four catches for 44 yards.