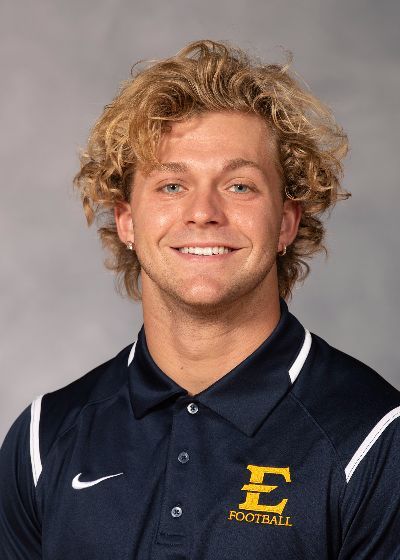 2021 (Sophomore): Competed in the first two games before suffering a season-ending injury … Made his ETSU debut against the Commodores (Sept. 4).

Previous School(s)
Southern Illinois
2020 (Sophomore): Appeared in all 10 games for the Salukis … Finished the season with one tackle against South Dakota State.

High School: A two-star recruit by 247Sports.com … Helped lead team to an 11-2 record and trip to Division I Class 6A state quarterfinals as senior in 2018, and 14-1 record and state championship in 2016 … Recorded 32 catches, 664 yards and five touchdowns as a senior, and averaged more than 20 yards per catch … Also added six interceptions as a senior, including a school-record three picks in the 2018 season opener … Named First Team All-State at defensive back and All-Region team as both a wide receiver and defensive back … Team captain at Farragut High School in Knoxville, Tenn.