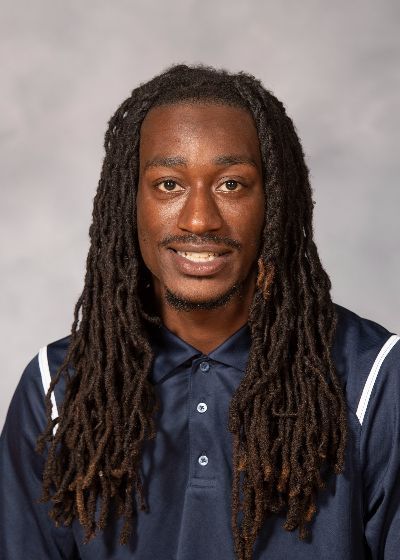 Previous School(s)
Jacksonville State
2020 (R-Freshman): Did not make any appearances on the season.

2019 (Freshman): Appeared in one game against Murray State … Redshirted the remainder of the season.

High School: Played for head coach Jamey DuBose at Central High School in Phenix City, Ala … Led CHS to a perfect 14-0 record and the AHSAA Class 7A State Championship … Part of a defense that recorded six shutouts and 10 games where its foes scored 10 or fewer points … Had five tackles (2.0 TFL), a forced fumble and returned an interception for a touchdown in Central’s 52-7 win over Thompson in the AHSAA Class 7A State Championship Game to earn Defensive MVP honors … As a senior, recorded 51 tackles (36 solo) and 11.0 tackles for loss … Racked up 125 tackles (70 solo), eight sacks, two interceptions, four fumble recoveries and forced two fumbles over his career … Was First Team All-State and All-District and Second Team All-Region in 2018 … Was a Cam Newton 7-on-7 All-Star … Competed in the Alabama vs. Georgia All-Star Game.