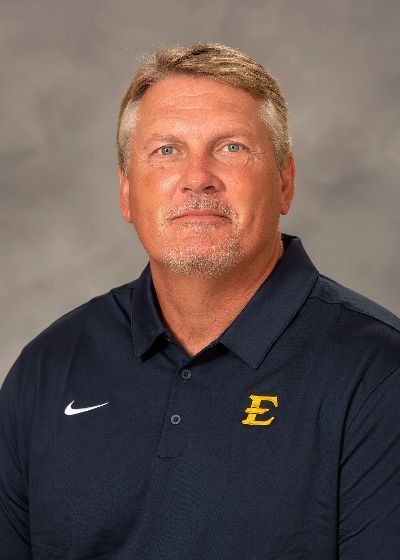 Taylor will begin his eighth consecutive season in the fall of 2022, this time serving as both the Associate Head Coach and Defensive Coordinator. Taylor concluded his seventh consecutive season with the Bucs following the 2021 fall season. Taylor also served as the defensive coordinator during the 2002 and 2003 seasons before the sport was discontinued until 2015.

The 2021 fall campaign was no different than the usual Taylor-led defense as the Bucs finished second in the SoCon in scoring defense (22.7), sacks (22), third-down conversion defense (38.0) and opponent fourth-down conversion defense (46.4). The Bucs led the league in interceptions with 15 and finished third in total defense. The defense always came up clutch at the right time, including in the de facto league championship game when Alijah Huzzie picked off a pass from Mercer and took it deep into enemy territory – eventually setting up the game-winning touchdown.

The spring season in 2021 saw the Bucs lead the conference in scoring defense, allowing just 18.8 points per game, ranking sixth all-time in program history. The Bucs also guided the conference in rushing defense, yielding only 114.5 yards on the ground per outing. The rush defense from the 2021 season ranks third in program history for fewest yards allowed per game.

Individually, the 2021 spring season saw a lot of success as well as the emergence of several young talents. Jared Folks earned SoCon Defensive Player of the Year honors, becoming the first Buccaneer to earn either offensive or defensive player of the year honors since Mario Hankerson in 1997. In his seven seasons thus far, Taylor has coached 26 All-SoCon honorees and 15 All-American winners.

Through the seven seasons in the Taylor Era, the Bucs have accounted for 5,550 tackles, 429 tackles for loss, 143 sacks, 54 interceptions, 50 fumble recoveries and 47 forced fumbles.