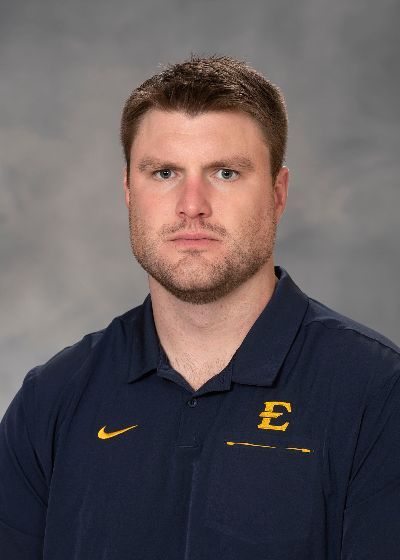 Bryan Stork now enters his third campaign as the tight ends coach. Stork was announced to the staff on March 18, 2019, prior to the 2019 campaign.

The spring 2021 season featured a pair of tight ends for the Bucs in Nate Adkins and Noah West. Adkins, an established SoCon competitor, finished the season with 10 receptions for 101 yards. Meanwhile, West tallied 87 yards on eight receptions.

In his first season (2019) with the Bucs, Stork’s crew accounted for 30 receptions, including 25 from then-sophomore tight end Adkins. Under Stork’s direction, Adkins finished second on the team in receptions (25), receiving touchdowns (2) and fourth in receiving yards with 241. Adkins was responsible for the first receiving touchdown of the season at Appalachian State. Adkins was also named to the 2019 Coaches All-SoCon team under the guidance of Stork.