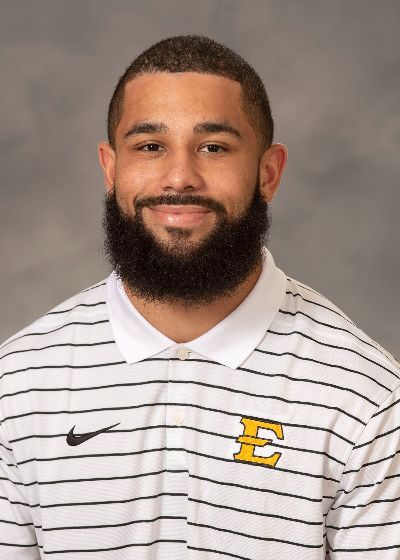 2021 (Junior): Turned in a career year during the fall campaign … Named to the Associated Press Second Team All-American squad and the Stats Perform FCS Third Team All-America team … Tabbed to the First Team Media All-SoCon and the Coaches Second Team All-SoCon … Competed in 13 games with five starts for the Blue & Gold … Posted his first 1,000-yard rushing season with 1,019 yards and a career-high 10 rushing touchdowns … Averaged 78.4 yards per game on the ground and 7.1 yards per carry … Also hauled in 19 passes for 143 yards and one touchdown … Capped off the season with 25 kick returns for 750 yards, averaging 28.8 yards per return and ranking second all-time in a single season … Concluded the year with 1,882 all-purpose yards, ranking second on the team … Set a program record against Western Carolina (Nov. 13) with 266 rushing yards with three touchdowns … Saylor’s 1,019 rushing yards are the eighth-most in a single season in program history and his 10 rushing touchdowns rank sixth in a single season … His 7.1 average per carry ranks fourth all-time in a single season, just falling short of his 7.2 average in 2018 which ranks third … Recorded rushing touchdowns in seven of the 13 games played, including two games with two or more scores … Posted three games with over 100-yards rushing and 10 games with over 100 all-purpose yards, including 337 all-purpose yards in the win over the Catamounts … Earned SoCon Player of the Week honors after the win over UVA Wise (Sept. 11) and the win over Western Carolina (Nov. 13) … Currently ranks fourth all-time in career rushing yards (2,544) and first all-time in best average per carry (6.6).