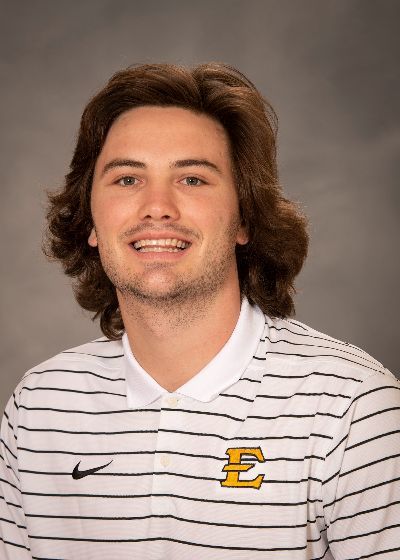 2021 (Junior): Competed in just two games for the Bucs against UVA Wise (Sept. 11) and Delaware State (Sept. 18) … Finished the year completing 4-of-9 passes for 73 yards and one touchdown … Did most of his damage against the Cavaliers with 73 yards passing and one score, including a season-long completion of 25 yards.

2020 (Junior)*: Named to the SoCon Honor Roll … Appeared in four games for ETSU, starting the final three games of the season … Finished the year completing 46 of 92 passes for 436 yards and two touchdowns … Concluded the year with an efficiency rating of 92.63 and a completing percentage of 50% … Threw for 109.0 yards per game in his four appearances … Completed his first NCAA Division I pass in ETSU’s season-opening win over Samford … In his first NCAA Division I start, finished the game 8-of-16 for 55 yards, while rushing for 34 yards on eight carries with one touchdown, his first rushing touchdown at the FCS level … Finished the season with back-to-back games with a passing touchdown … Threw his first touchdown of the season in ETSU’s 24-20 win over VMI, finishing the game with 148 passing yards on 11 completions … Turned in a season-best game in the finale at Mercer, completing 26 of 44 passes for 228 yards and one score … Concluded the year with 54 rushing yards on 30 carries.