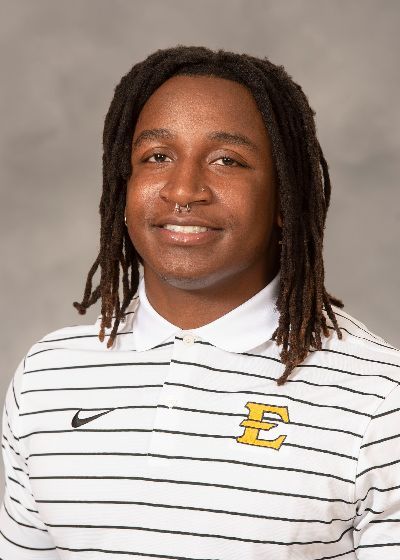 2021 (R-Freshman): Competed in all 13 games for ETSU, primarily used on the special teams unit … Made his ETSU debut at Vanderbilt (Sept. 4) … Finished the year with one tackle against Samford (Sept. 25).

2019 (Freshman): Made one appearance against UConn (Oct. 12), finishing the game with one tackle … Redshirted the remainder of the season.

High School: Earned a three-star rating from 247Sports.com and a two-star rating from Rivals.com … Ranked 47th in the state of Tennessee on 247Sports.com … Led South Doyle to a 5-1 record in the 5A Region 2 District, going 7-4 overall in his senior season with the Cherokees … Led his team to a Class 5A quarterfinals appearance during his junior year, earning a spot on the All-Prep Xtra First Team as South Doyle’s leading receiver in 2017 … 2018 All-State qualifier … Qualified for the 2018 All-Prep Xtra First Team.