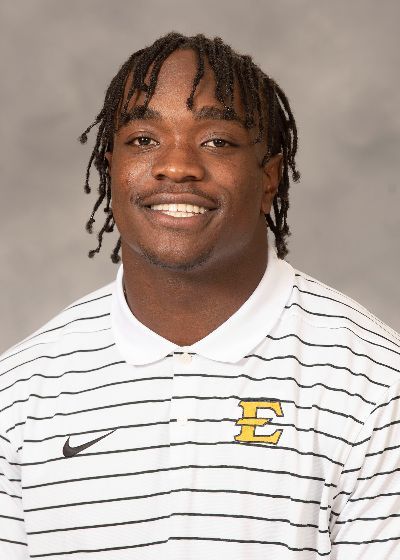 2021 (Freshman): Competed in four games for the Bucs, including the FCS playoff win over Kennesaw State (Dec. 4) … Capped off the year with three tackles (two solo) … Posted one tackle in three of the four games played.

High School: Started varsity for three seasons at Arabia Mountain HS, playing both linebacker and running back … Finished with 108 tackles in 2019. Including 15 tackles for loss … Named 2019 All-State by the Georgia Athletic Coaches Association … Recorded 12 or more tackles in nine game during senior year, while also leading the team in rushes and rushing touchdowns … Twice named All-Dekalb County First Team (2018 & 2019) and was the 5AAAAA Runner Up Defensive Player of the Year in 2019 … Twice tabbed to the Region 5AAAAA First Team (LB) in 2018 and 2019 … 2019 Nike Opening Atlanta Region Combine MVP with a score of 122.97 … Competed in the 2018 Rising Seniors Bowl, starting at linebacker … Led his team to the 2017 Region 5AAAAA championship and played in the 2017 Offense/Defense Bowl … Honor Roll student each of his four years in high school