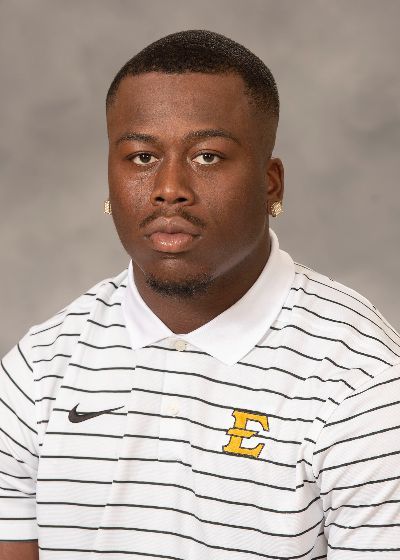 2021 (Sophomore): Competed in the first eight games of the year before an injury halted his season … Started in the wins over Vanderbilt (Sept. 4) and UVA Wise (Sept. 11) … Concluded the year with 22 tackles (15 solo) and 2.0 tackles for loss … Capped off the season with one fumble recovery, a critical 27-yard return for a touchdown in the upset win over the Commodores … Also forced two fumbles on the season, one against UVA Wise (Sept. 11) and one at Furman (Oct. 23) … Earned SoCon Defensive Player of the Week following the win at Vanderbilt after finishing with a career-high 10 tackles and scoring on the fumble recovery.

2020 (Sophomore)*: Appeared in all six games for the Bucs … Concluded the season with eight tackles (six solo) and 1.0 tackles for loss … Recorded two tackles against Samford (Feb. 20), The Citadel (March 20) and Western Carolina (March 27).

2019 (Freshman): Appeared in eight games as a true freshman for the Bucs … Made collegiate debut against Appalachian State (Aug. 31) … Finished the season with eight tackles and one tackle for loss … Recorded a career-high four tackles in the season opener against the Mountaineers.