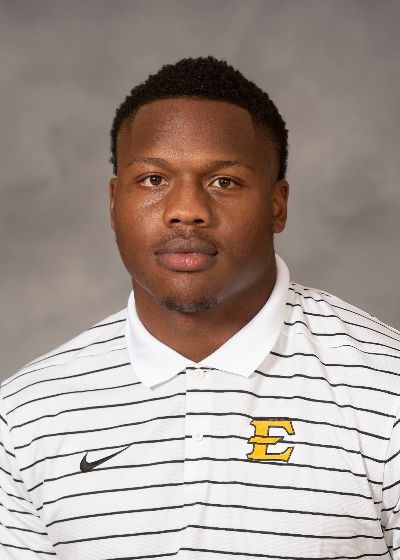 2021 (R-Freshman): Appeared in six of the 13 games for the Bucs … Competed in four straight SoCon games, including aiding the Bucs in winning the SoCon regular-season title over Mercer (Nov. 20) … Concluded the season with five tackles on the year, including two solo … Career-high three tackles in the win over Western Carolina (Nov. 13).

2020 (R-Freshman)*: Named to the SoCon Honor Roll … Appeared in four games on the year, making his collegiate debut in the win over Samford (Feb. 20) … Finished the year with three tackles, 1.0 tackles for loss and two quarterback hurries … All three of his tackles came in the loss against Furman (March 13).

High School: Earned First Team All-Region for 4-AAAAAA in 2018 at Charles Drew HS … Recorded 54 tackles, four tackles for loss and four sacks in 2017 … Rated as a 3-star recruit from Rivals.com.