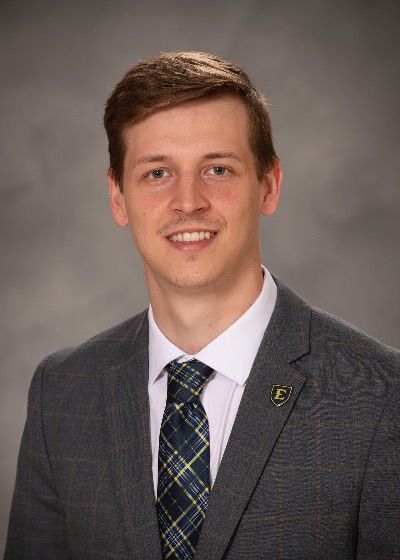 Lucas Campbell was named Director of Operations on April 19, 2021.

Lucas Campbell, a four-year member of the Tennessee men’s basketball team, spent the last two seasons a graduate manager with the Vols.

“I’ve worked with Lucas for the last six years. Over that time he’s shown me that he’s one of those blue collar and hardworking guys,” said Oliver. “He knows what I want to do here at ETSU and he knows the standard I intend to set.”

Campbell is ready to bring championships back to ETSU and be a part of Coach Oliver’s staff.

“I’m excited to be a Buccaneer,” said Campbell. “I’m an East Tennessee native, so this opportunity is perfect. As a staff we’re ready to get to work and get ETSU back to winning championships.”

As a player, Campbell saw minutes in 16 games, while being a member of the 2018 SEC Championship team that went 26-9 overall and 13-5 in conference play en route to finishing 13th in the final AP Poll. Campbell played on back-to-back NCAA Tournament teams, including the 2018-19 squad that went 31-6 and advanced to the Sweet 16.

During his time as a graduate assistant, Campbell assisted in film and scout breakdown. Campbell  has also played and worked with multiple NBA Draft picks and prospects during his time at Tennessee.

The Knoxville native graduated with a degree in Supply Chain Management and a collateral in Marketing in 2019. Campbell is set to graduate with a Master’s in Sport Management from Tennessee in May.