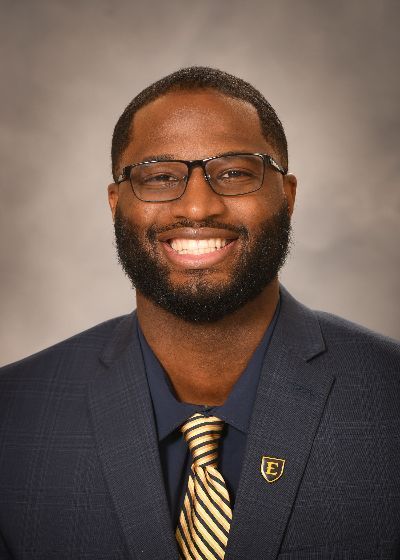 Hugley, a member of ETSU’s historic 2019-20 team that went 30-4 and captured both the Southern Conference regular season and tournament titles, has spent the last two seasons as a Director of Player Relations at Wake Forest.

In addition to his time on the court at Central Connecticut State, Hugley served as a Peer Mentor for Success where he counseled others in problem-solving, goal setting, and developing plans of action. Additionally, Hugley provided social support and help strengthen study skills, note-taking techniques and test-taking strategies to help students be more successful in the classroom.

After his collegiate career, Hugley was the head coach for the Bucketneers – ETSU’s alumni team – who reached the Sweet 16 of The Basketball Tournament (TBT) the past two seasons. In their first season as a No. 12 seed, the Bucketneers cruised to a 27-point win over No. 5 seed War Ready, while then taking down No. 4 seed Armored Athlete by 19 points. This past season, the Bucketneers earned a lot of respect as they were pegged as the No. 2 seed and picked up two wins before suffering another heartbreaking setback in the Sweet 16.

Hugley earned his bachelor’s degree in Public Relations from Central Connecticut State in 2019 and Master’s in Sport Management from ETSU in 2020.