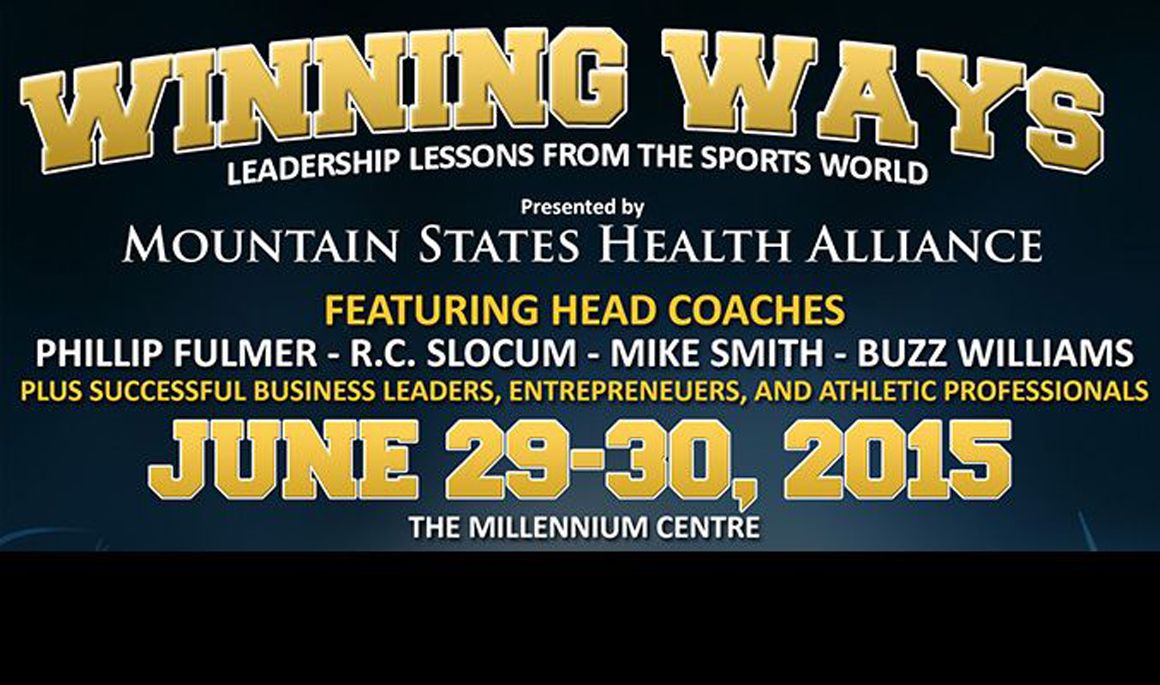 JOHNSON CITY, Tenn. (May 21, 2015) – The ETSU Department of Intercollegiate Athletics in partnership with Mountain States Health Alliance will present a unique leadership conference, “Winning Ways,” on June 29-30, featuring some of today’s most respected and well-known leaders from the world of sports. The event will take place at The Millennium Centre.

“We have enormous respect for the entrepreneurs and business leaders who work hard to build their businesses, create jobs and help our region grow,” said Alan Levine, President and CEO of Mountain States. “This symposium is an opportunity for our business leaders to share ideas and learn how leaders in sports apply the principles of leadership, inspiration and motivation.”

The symposium will begin on Monday evening, June 29, with a cocktail and networking event, followed by a “Lessons from the Bench” session featuring Fulmer, Williams, Sonny Smith and Forbes. The conference will continue on Tuesday, June 30, with a day-long schedule of speakers that will include contributors such as Mike Smith, Shuler, Stansbury, Torbush and Ezell, along with many others.

In addition to the list of sports leaders who will be contributing to the two-day event, U.S. Army Maj. Gen. Gary Harrell, a 1973 graduate of ETSU, will be the keynote speaker at a special luncheon on Tuesday.

For more information, visit ETSUBucs.com and click on the “Winning Ways” link.