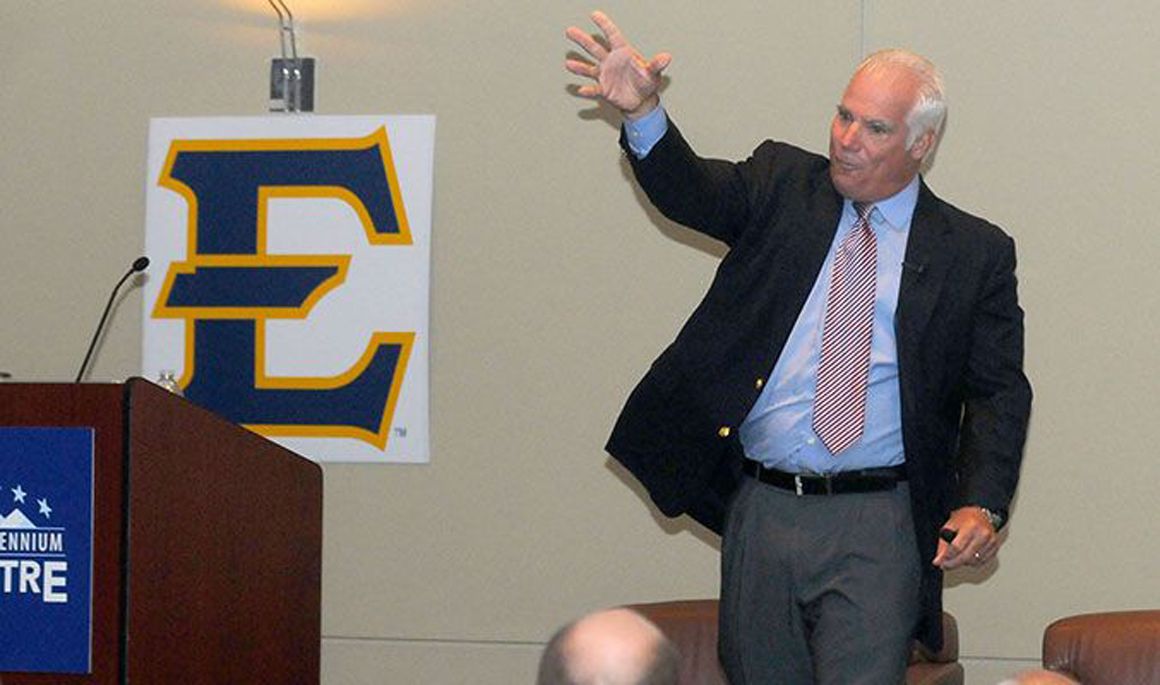 JOHNSON CITY, Tenn. (June 30, 2015) – The first ever “Winning Ways” leadership conference welcomed a crowd of over 200 people to the Millennium Centre on Tuesday, as some of today’s most well-known leaders from the world of sports and business shared their principles for success.

The event, which was made possible by a partnership between the ETSU Department of Intercollegiate Athletics and Mountain States Health Alliance, featured an impressive lineup of presenters and speakers.

“We are extremely grateful that this distinguished list of presenters could take the time to join us today and share their thoughts on successful leadership and the keys to success in any area of life,” said ETSU Director of Intercollegiate Athletics Dr. Richard Sander. “It is our hope and belief that this event can become the best leadership conference in the country by combining the lessons learned from both sport and business.

“This was a great first step in reaching that goal.”

The symposium began on Monday evening with a networking event and a special “Lessons from the Bench” session featuring Fulmer, Williams, former Auburn and ETSU head men’s basketball coach Sonny Smith and Forbes. Tuesday’s lineup featured a full day of panels and special guest speakers, which included U.S. Army Maj. Gen. Gary Harrell, a 1973 graduate of ETSU, who was the keynote speaker.

Sander said the hope is to make the “Winning Ways” conference an annual event.