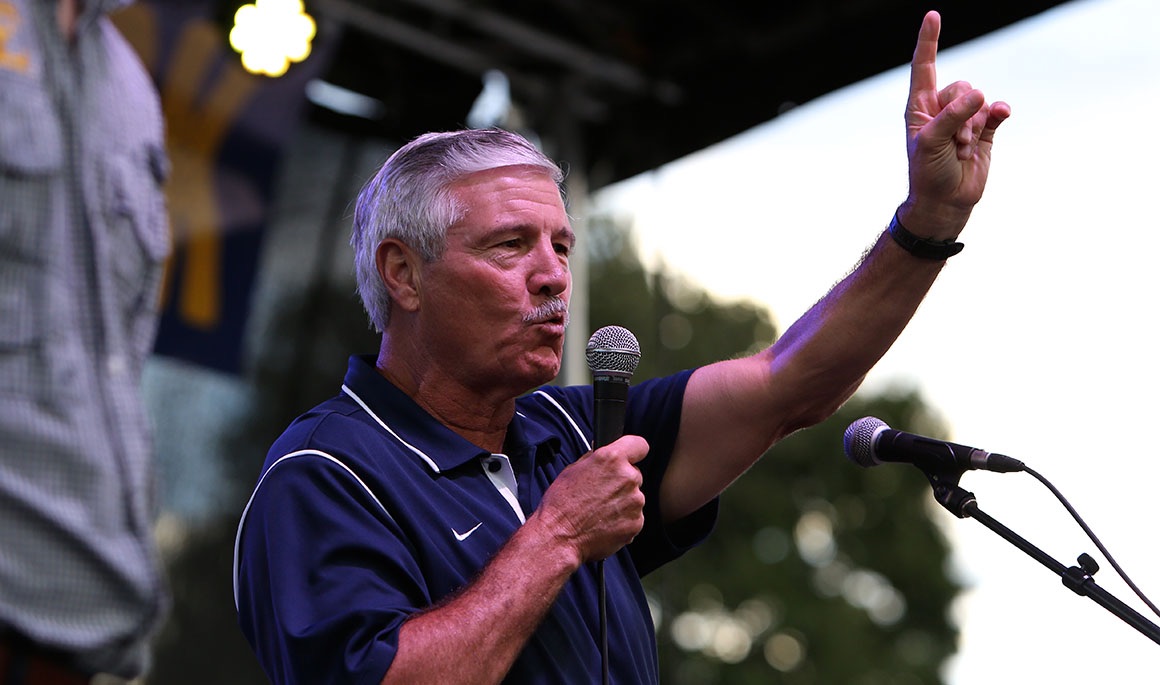 The parade, which featured ETSU basketball coaches Steve Forbes and Brittney Ezell as Grand Marshals, went down Walnut Street and finished in Founders Park. From there, the pep rally was held as ETSU head football coach Carl Torbush addressed the crowd and thanked them for their support of the program.

Below is the photo gallery of the parade and pep rally.