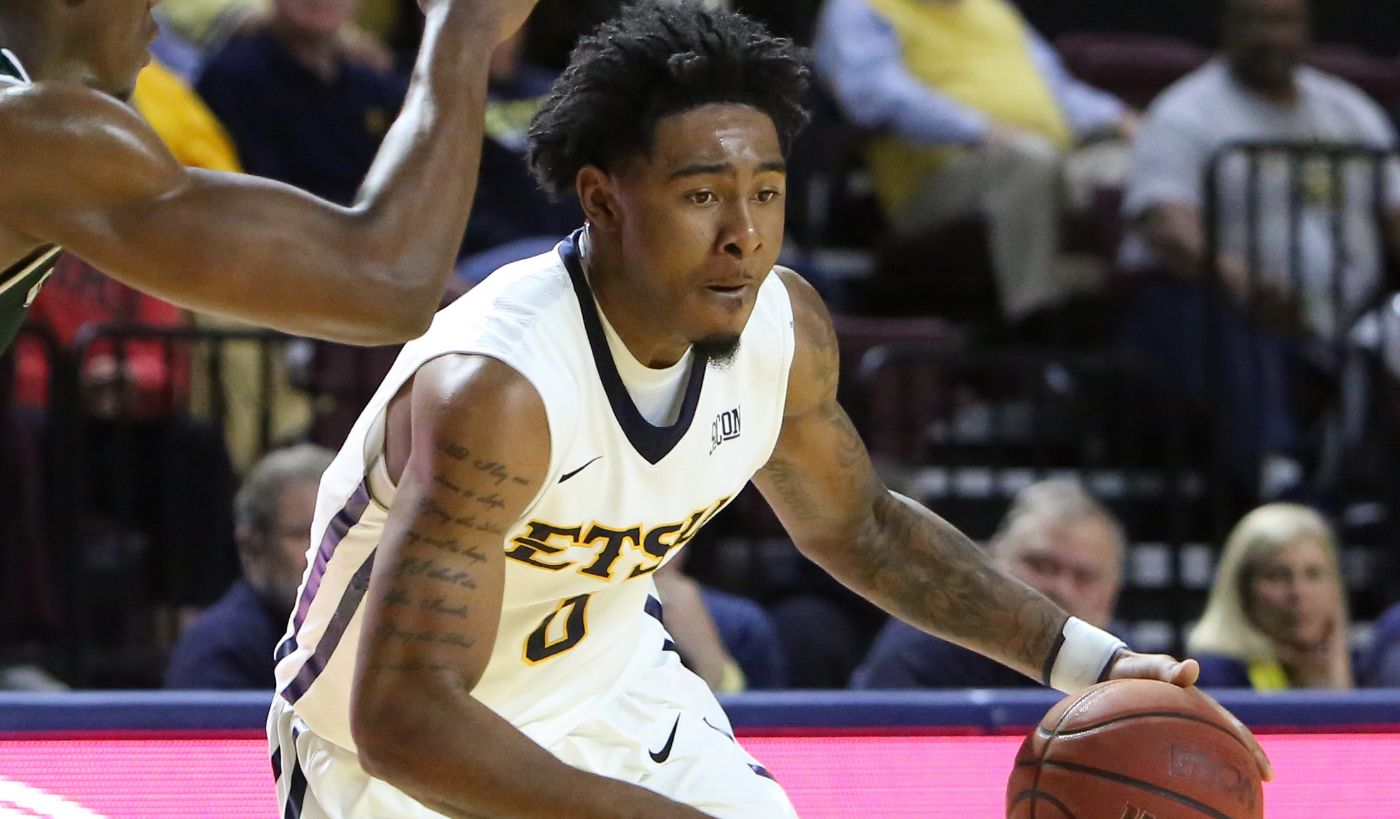 The Buccaneers (2-1) led 9-4 in the early going, but the Wildcats’ run was fueled by a sharp-shooting effort from beyond the arc and an impressive defensive scheme that held ETSU scoreless for over eight minutes of play. ETSU ultimately faced a 35-11 deficit midway through the first half and was unable to recover.

For Villanova, forward Kris Jenkins led the way with a game-high 17 points, while 6-foot-11 center Daniel Ochefu posted a double-double with 12 points and 16 rebounds, and 2015 Big East Conference Co-Player of the Year Ryan Arcidiacono scored 11 points. For the Bucs, junior guard T.J. Cromer (Albany, Ga.) finished with a team-high 12 points.

“There in the first half they just turned it up a notch and we didn’t,” said ETSU head coach Steve Forbes. “There were a lot of things we can point to that hurt us. They turned our turnovers into points, we didn’t defend the three very well, and the big guy causes a lot of problems inside. Nobody likes to lose, but there are things we can take from this to get better and we will.”

For the game, Villanova outrebounded the Bucs 44-32, outscored ETSU 29-12 off turnovers, and held a 28-20 advantage on points in the paint. The Wildcats finished the contest shooting 51 percent from the floor and 41 percent from 3-point range, while ETSU was held to a 32 percent clip from the field and only 18 percent from beyond the arc.

A shower of 3-pointers and a stifling Villanova defense were the story of the first half. After ETSU blitzed out to an early 9-4 lead, the Wildcats proceeded hit three straight 3-pointers and locked down the Bucs’ offense on their way to a convincing 31-2 offensive run that spotted the ’Cats to a 35-11 lead with 8:29 left before the intermission.

While the Bucs went over eight minutes without a point, they managed to match Villanova the rest of the half to go into the break facing a 49-27 deficit. In the first half, the Wildcats shot 50 percent from the field and 35 percent from 3-point range, outrebounding the Bucs 22-19, forcing 13 ETSU turnovers and outscoring the Bucs 25-5 in points off turnovers.

After the break, Villanova continued to collect 3-pointers, hitting six during one stretch to build a lead of as many as 47 at 84-37. At that point, ETSU closed with a 14-0 run to close out the game.

The Bucs’ three-game road trip will continue with game two of the swing Sunday at Georgia Tech in Atlanta, Ga. Tip is set for 2 p.m. The Bucs will then head to Charleston, S.C., to take on Charleston Southern on Tuesday, Nov. 24 at 7:30 p.m.