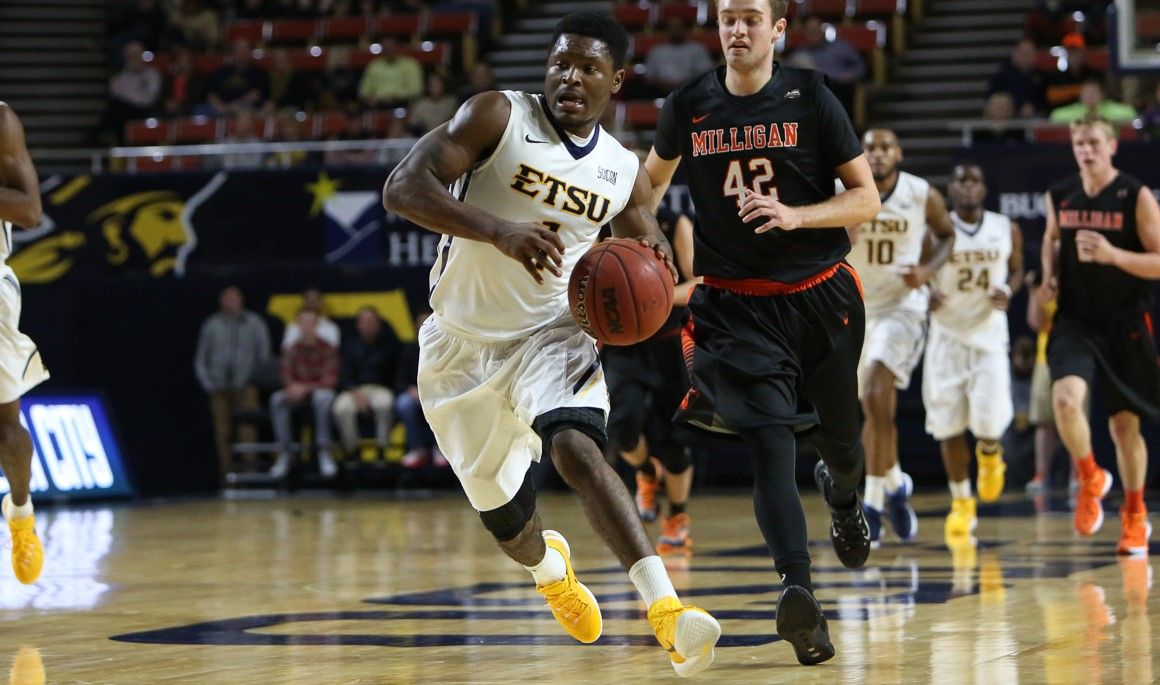 With the win, ETSU improves to 4-4 on the season. Meanwhile, Milligan stands at 8-3 on the year.

"I thought tonight we came out and established ourselves defensively,” said ETSU head coach Steve Forbes, whose team snapped a three-game losing streak with the win. “We didn’t get off to a very good start on offense, but defense is something that’s consistent and our guys followed our game plan. The rebounding and defense are things we’ve been harping on for the last eight days, so it was good to see that improve.”

Both teams struggled offensively early in the game, as the score stood 6-2 in favor of ETSU seven minutes into the contest. Following the second media timeout, however, the Bucs came out with a renewed intensity on the defensive end of the floor, which helped ETSU power to a 28-9 offensive run to make it 34-11 with six minutes left before the intermission.

McClain helped stir the ETSU offensive out of the early funk by scoring seven straight points during one stretch and finished with nine in the first half. Meanwhile, Bello netted a game-high 11 points in the first half, as ETSU out-rebounded Milligan 30-18 and forced 14 turnovers en route to a 49-22 halftime lead.

After the break, the Bucs kept the pressure on and never let up, progressively adding to their advantage and ultimately finishing with their largest lead of the game at 51 points when junior guard Stetson Moore (Knoxville, Tenn.) connected on his first basket at ETSU, thanks to a 3-pointer with 31 seconds left on the clock.

For Milligan, Kurt Brooks scored a team-high 11 points, while Julian Bailey collected 10 points and a team-high seven rebounds for the Buffaloes.

The Bucs will be back on the road Monday night, traveling across the mountains to take on UNC Asheville at 7 p.m. inside Kimmel Arena.