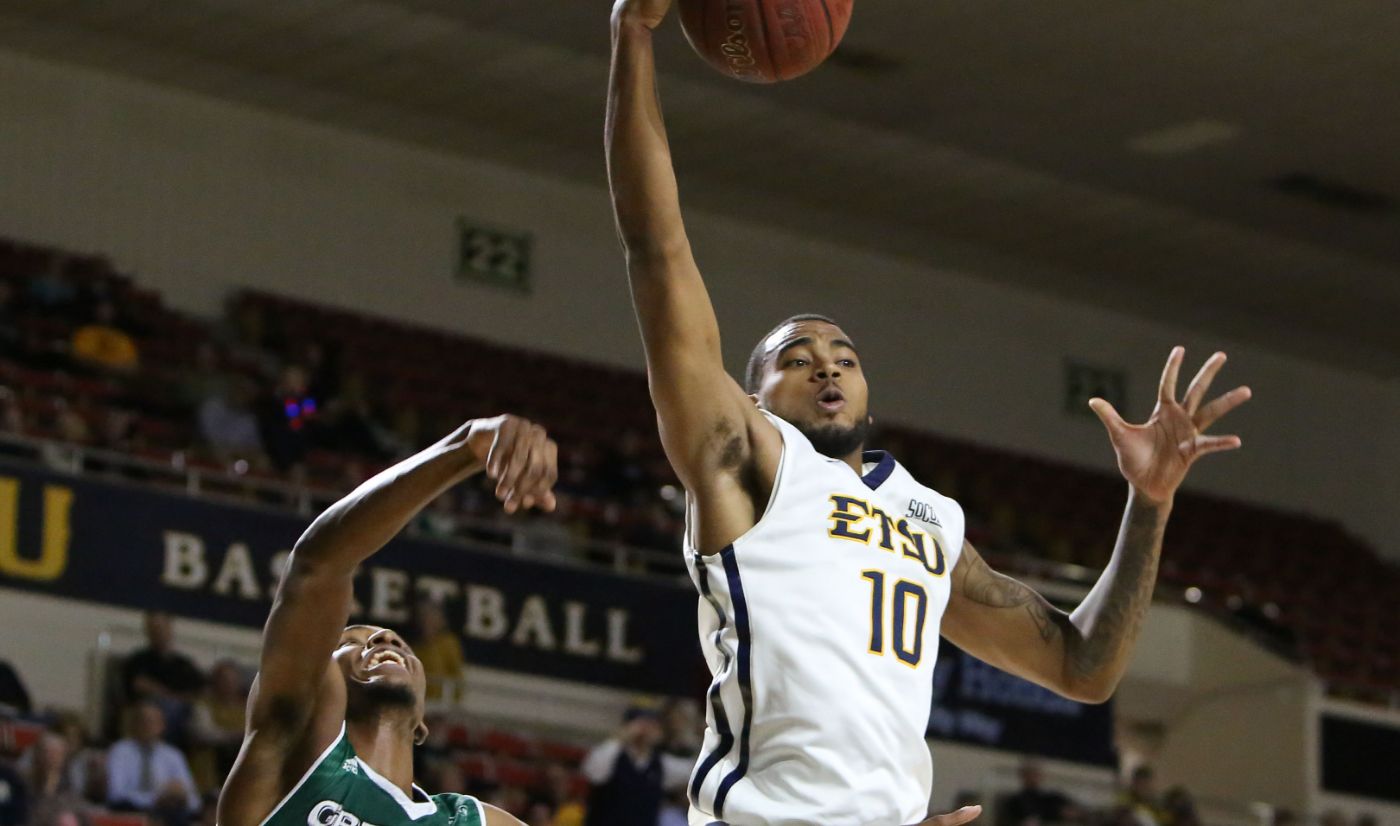 CULLOWHEE, N.C. (Jan. 2, 2016) – The ETSU men’s basketball team opened its 2016 Southern Conference schedule in style on Saturday, putting together one of its most complete efforts of the season in an 82-66 road win over Western Carolina at the Ramsey Center.

Offensively, the Buccaneers (7-6 overall, 1-0 in SoCon play) built a 21-point first-half lead and finished the game shooting 53 percent from both the field and 3-point range. Defensively, ETSU held the Catamounts (5-9, 0-1) to 32 percent shooting from the field and just 11 percent from beyond the arc. The Bucs also posted a season-high 19 assists.

“I thought we played one of our better games of the year today, especially on offense,” said ETSU head coach Steve Forbes. “We shared the ball early and got the ball inside, which is what we want from our players. Defensively, the numbers bear out and when you hold a team to 30 percent shooting and 10 percent from three you’re going to win a lot of games.”

The Bucs got a team-high 16 points from junior guard T.J. Cromer (Albany, Ga.), while senior guards Deuce Bello (Greensboro, N.C.) and Ge’Lawn Guyn (Lexington, Ky.) pitched in 15 and 10 points, respectively. On the inside, junior forward Isaac Banks (New Orleans, La.) had a strong game with 10 points and a team-high seven rebounds.

The first half script played out perfectly for the Bucs. With a balanced inside-outside offensive attack and a lockdown defensive effort, ETSU shot 63 percent from the floor and forced the Catamounts into nine turnovers, racing out to a quick double-digit lead in the opening minutes of the game.’

In the first 20 minutes, the Bucs got a team-high 10 points and four rebounds from Banks, while Cromer and senior forward Lester Wilson (Knoxville) each had eight in the opening half.

After the intermission, ETSU increased its lead to 19 at 53-34, but Western Carolina rallied to put together a quick 11-2 burst and make it 55-45 with 12 minutes left in regulation. ETSU weathered rally well, and ultimately ended the game with the same 16-point advantage it held at halftime.

The Bucs will have a quick turnaround to prepare for their next game, as the team will travel to Durham, N.C., take on North Carolina Central Monday night in the final regular season, non-conference game of the year. Tip against N.C. Central is set for 8 p.m.