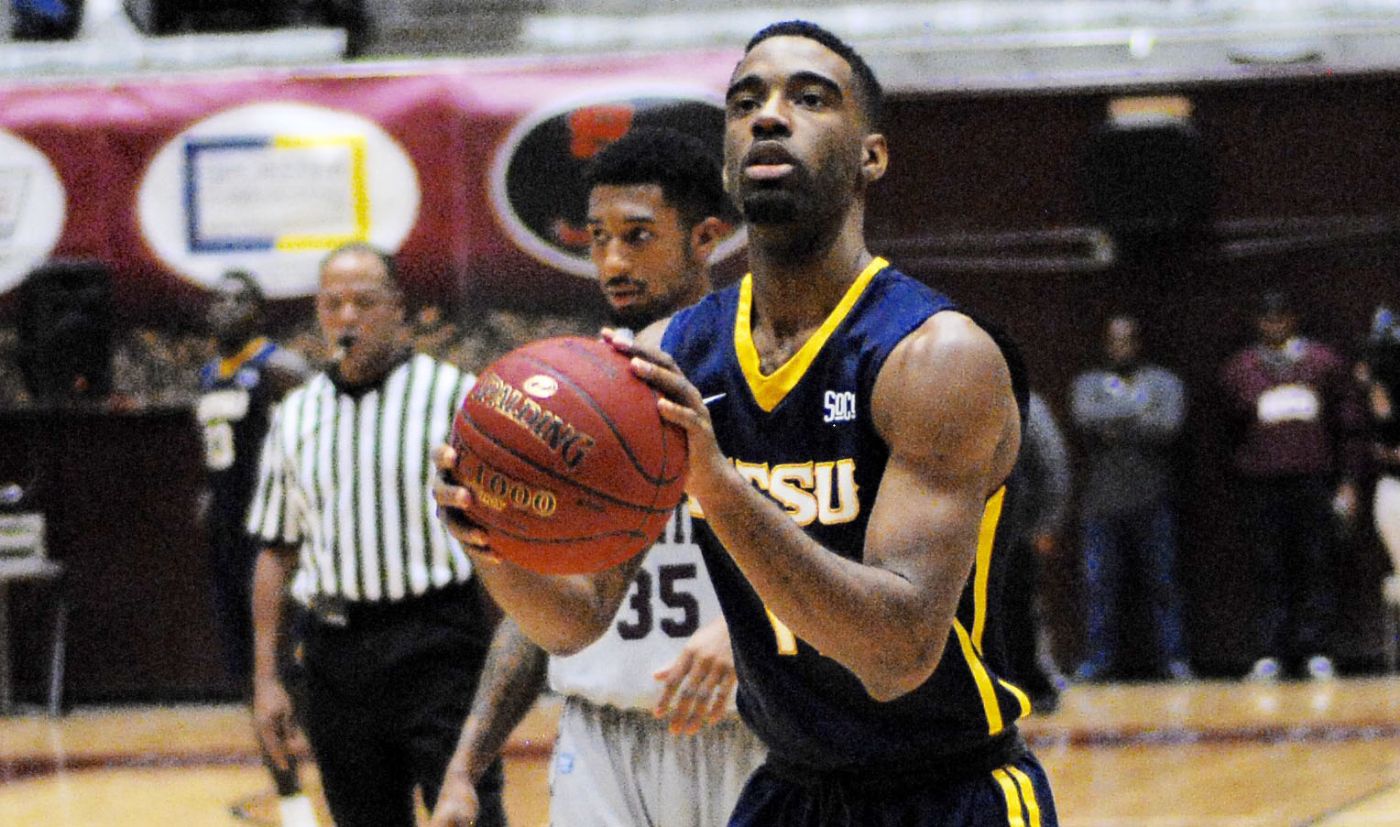 With the win, ETSU improves to 8-6 on the year, while N.C. Central drops to 5-10. This was the final non-conference game of the regular season for the Bucs.

“We really grinded that one out,” said ETSU head coach Steve Forbes. “I was really proud of the way Isaac has been playing, especially the last two games, and I thought Desonta really came through with some big plays late. He gave us the lift we needed right there. I thought we distributed the ball well tonight with 16 assists and kept turnovers down, and the rebounding numbers were huge for us.”

While Banks finished with 12 points and 12 rebounds, teammates T.J. Cromer (Albany, Ga.) and Ge’Lawn Guyn (Lexington, Ky.) also posted 12 and 11 points, respectively. As a team, the Bucs out-rebounded the Eagles 42-32 on the evening and dished out 16 assists on 25 made field goals.

Despite all those team numbers, it was Bradford’s individual effort down the stretch that proved to be the game-deciding factor.

First, Bradford was fouled while going hard to the basket with 2:49 left and the score just 63-61 in favor of ETSU. The player that committed the foul, Dante Holmes, was then called for a technical foul following the play. The result was two made free throws by Cromer on the technical and another two makes from Bradford on the original play, which pushed the score to 67-61 in favor of the Bucs.

Bradford then grabbed a pair of steals in the closing minutes to thwart two Eagle possessions, and later – after a 3-pointer by the Eagles made it 71-68 with just seconds remaining – Bradford hit one of two free throws to give the Bucs their final four-point advantage at 72-68 with four seconds left.

Ultimately, the Bucs went to the locker room with a 30-28 lead, with Banks leading the way with eight points and seven rebounds, while Cromer dished out four assists in the opening half.

After the break, the game remained close and the Eagles actually tied it at 56 with six minutes left in regulation. At that point, a 3-pointer by Guyn, and back-to-back buckets by Cromer – which included a dunk – powered a 7-0 run and made it 63-56 with 4:24 left in the game. That would be the Bucs largest lead of the game.

The Bucs will now return home for a pair of Southern Conference games, beginning with a matchup against UNC Greensboro on Saturday at 4 p.m. inside Freedom Hall. For more on ETSU men’s basketball throughout the 2015-16 season, visit ETSUBucs.com and click on the men’s hoops link.