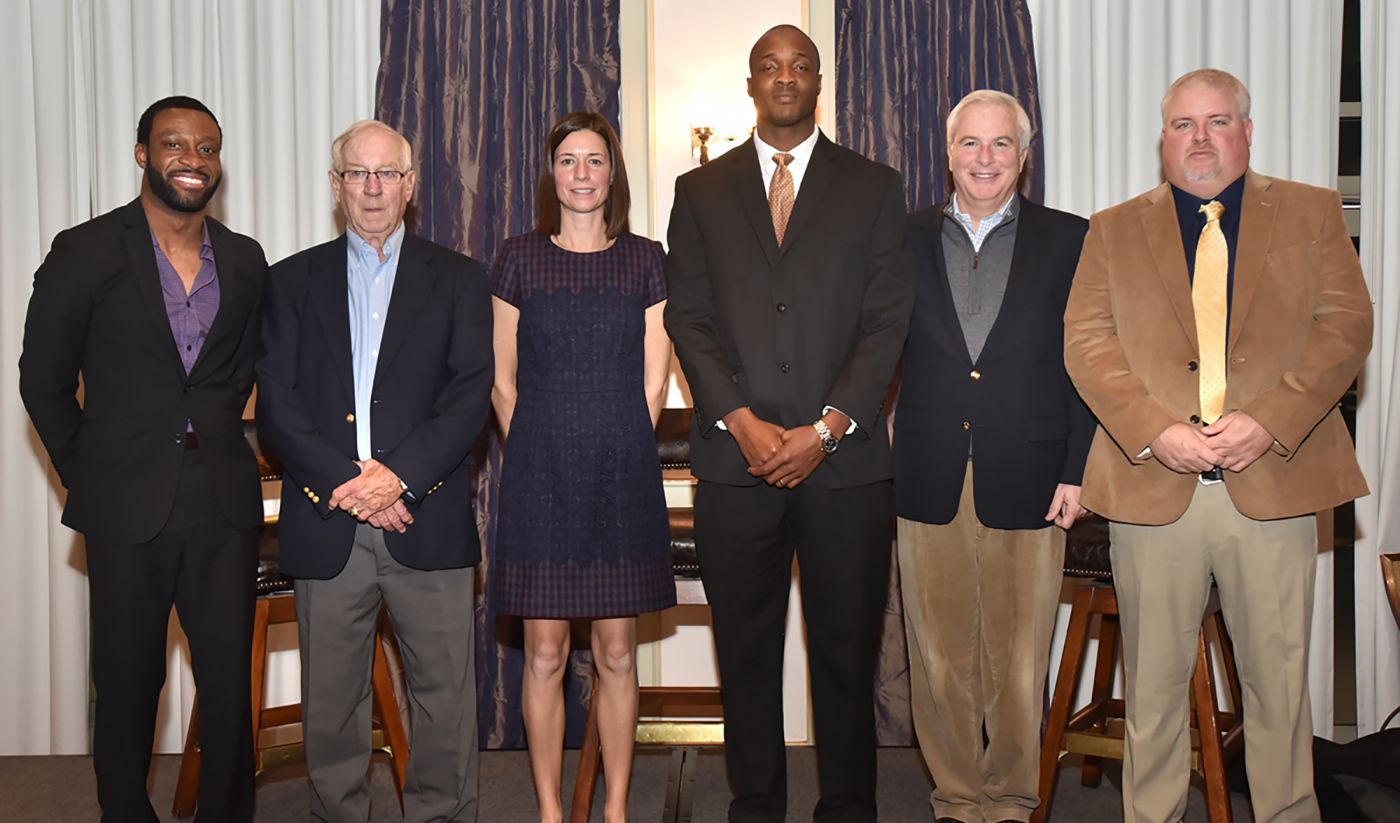 “This was a great opportunity to celebrate ETSU athletics, while also recognizing these special Buccaneers who have enjoyed so much success both during their time on campus and in their professional lives after college,” said ETSU Director of Intercollegiate Athletics Dr. Richard Sander. “These eight inductees strove for excellence and they stand as examples to our current student-athletes.”

Short biographies for each of the eight inductees can be found below:

Ranking 11th on the all-time ETSU scoring list with 1,351 points, Jerald Fields remains ranked in the Top 10 all-time in multiple statistical categories, including seventh in field goal percentage (.567), seventh in free throws made (342), eighth in rebounds (717) and fourth in blocks (167). A first-team All-Southern Conference and All-Tournament selection in 2003-04, Fields helped lead the Bucs to four straight SoCon North Division titles from 2001 to 2004, which more impressively included a regular season championship in 2004 and back-to-back SoCon Tournament titles in 2003 and 2004. During trips to the NCAA Tournament in 2003 and 2004, Fields helped the Bucs nearly upset Wake Forest (2003) and Cincinnati (2004).

Named the Southern Conference Male Athlete of the Year for 1997-98, B.J. Adigun enjoyed one of the most decorated careers of any ETSU football player in Buccaneer history. He was named the SoCon Player of the Year in 1997 and earned All-America and Southern Conference first-team honors in his final season with the Blue and Gold. A finalist for the NCAA Division I-AA National Player of the Year honor in 1997, Adigun finished his career as the program leader in receptions (172), receiving yards (2,802) and receiving touchdowns (26). He also holds multiple single-game and season marks. In 1996, he helped the Bucs to the program’s only trip to the NCAA Division I-AA playoffs and a first-round win over Villanova.

An All-America defensive back in 1970, Bill Casey is best known for being part of one of the best secondary squads in the history of ETSU football. The Bucs still hold the Ohio Valley Conference record for interceptions in a season with 34 in 1969, a group called “Bennett’s Bandits,” who also picked off NFL Hall of Famer Terry Bradshaw three times that same season in the Grantland Rice Bowl – one of which Casey intercepted. Casey is tied for the current school record for interceptions in a season with 11 in 1969, and is also tied for career interceptions with 22 from 1968 to 1970.

Greg Ryan holds the distinction of quarterbacking the only ETSU team to ever earn a spot in the NCAA Division I-AA national playoffs, having helped guide the Bucs to a 10-3 record in 1996. That team finished second in the Southern Conference regular season and advanced to the quarterfinals of the national championship playoffs. Ryan holds all ETSU passing records for attempts, completions and touchdowns – this includes records for a single game, season or career. He also holds the school mark for career passing yards with 8,376 yards passing from 1993 to 1996.

Allan Strange finished fourth in the 1976 NCAA Championships and later played on the PGA Tour for two seasons. During the 1976 season, he helped lead the Bucs to a seventh-place tie with Southern California at the NCAAs. Brother of golfing great Curtis Strange, Allan also earned All-Ohio Valley and All-America honors at ETSU in 1976, while helping the Bucs to an OVC title. In 1977, Strange competed in the Sun Bowl Classic against a field of All-American golfers, while also being one of only eight U.S. players to earn a trip to Japan in December of that year to play exhibition matches against the best players in that country.

Berry competed for ETSU's cross country and track & field teams from 1997-2000. During her career, Berry earned All-America honors in the 5000 meters in 2000 and made six trips to NCAA meets – three for cross country and three for track & field. Berry holds the Buccaneer record in the outdoor 5000 meters with a time of 16:00.97 set in 2000 and was a member of the school-record holding indoor distance medley relay team that achieved a record time of 11:58.99 in 1998. Additionally, she won Southern Conference indoor event titles in the 3000 meters and 5000 meters in 1998 and 2000, respectively, and was named SoCon Cross Country Runner of the Year in 1997.

Erin Ashton was a four-year letterwinner from 2002 to 2005 and left ETSU as the career leader in goals scored with 35. She ranks second in career assists (24) and shots attempted (159) along with the fourth most points in a single season with 29 in 2005. During her sophomore and junior years, she was named to the Southern Conference second team, and was named to the Atlantic Sun all-conference second team her senior year. Ashton started in 67 of 68 games she played in, the third most games started in school history. She was just as impressive off the field as she was on it, being awarded an NCAA postgraduate scholarship which goes to student-athletes who have an overall grade point average above 3.2 and intend to continue academic work. She was a four-time SoCon Honor Roll recipient along with being named to ETSU’s dean list all four years. In 2005, she was named to the National Dean’s List.