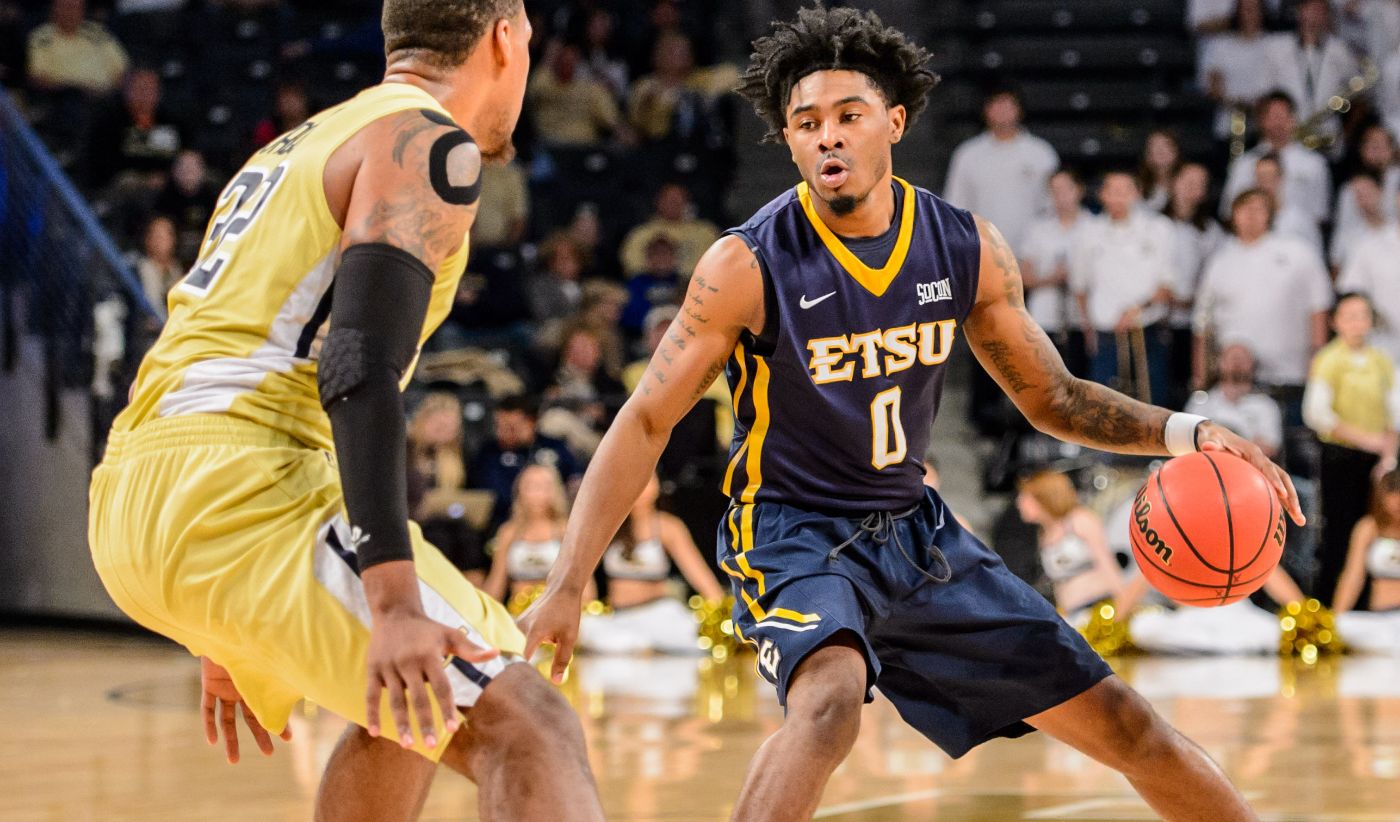 GREENVILLE, S.C. (Jan. 30, 2016) – Down 72-57 with 3:56 left in regulation, the ETSU men’s basketball team scored 13 straight points and had two opportunities to tie the game, but those shots missed the mark as Furman escaped with a 74-70 Southern Conference victory Saturday afternoon inside Timmons Arena.

The Bucs’ full-court pressure late in the game certainly stymied the Paladins, who were enjoying a 15-point lead with just under two minutes left in the game. Furman didn’t score on seven straight possessions during the final two minutes, and the Bucs had two opportunities to tie the game in the final 40 seconds. Both times, head coach Steve Forbes chose not to call timeout, and shots by junior guard T.J. Cromer (Albany, Ga.) and senior guard Ge’Lawn Guyn (Lexington, Ky.) did not find the bottom of the net.

“We got behind at the end and we went to pressure like we did against Wofford with Deuce (Bello) on the ball,” said ETSU head coach Steve Forbes. “I thought we did a great job in it and had a chance to win the game. I don’t like calling timeout in a situation like that where we have a chance to tie or win. Our guys know what to do and to come down and make a play. I’m not a big fan of calling a timeout with five or six seconds left and giving them a chance to change their defense.

“I don’t have a problem with the shots T.J. and Ge’Lawn took in that situation.”

For the game, Cromer finished with a game-high 22 points, while Guyn finished with 19 and Deuce Bello (Greensboro, N.C.) pitched in 14. Furman got a team high 21 points from guard Stephen Croone and 20 from guard Devin Sibley.

In the first half, Furman’s young perimeter players Croone and Sibley hurt the Bucs multiple times with drives to the basket, either connecting on layups or finding open teammates. The result was a 47 percent shooting percentage and a 39-27 lead at the break for the Paladins.

While Furman built its lead in the opening period, the Bucs struggled to find their offensive rhythm and shot just 37 percent from the floor. The Paladins were led by their guard tandem of Devin Sibley and Stephen Croone, who scored 12 and 11 points, respectively, in the first half. For the Bucs, Guyn had a team-high 11 points in the first 20 minutes of play.

After the break, Furman opened with a 3-pointer to build their lead to 15, but the Bucs responded with a barrage from 3-point range, as senior forward Lester Wilson (Knoxville) hit two threes and Guyn another to help power a 12-0 run that brought ETSU to within one possession at 42-39 with 17:15 left in regulation.

Unfortunately for the Bucs, the Paladins answered at that point with an 8-0 run of their own to regain an 11-point advantage at 50-39 with 14:39 left in the game. From there, the Paladins slowly built their lead back to as many as 16 and ultimately led by 15 when the Bucs’ comeback ensued.

For the game, Furman out-rebounded the Bucs 39-29 and outscored ETSU 40-30 in the paint. The Bucs held a 21-8 advantage in points off turnovers and also outscored the Paladins 23-10 in bench points.

Even with the loss, the Bucs are still tied for second place in the league standings and just a game and a half behind first place Chattanooga.

The Bucs will be back in action next Thursday, Feb. 4 at VMI, as the team will play the third game in its current four-game SoCon road swing. Tip in Lexington, Va., is set for 7 p.m. For more on ETSU men’s basketball throughout the 2015-16 season, visit ETSUBucs.com and click on the men’s hoops link.