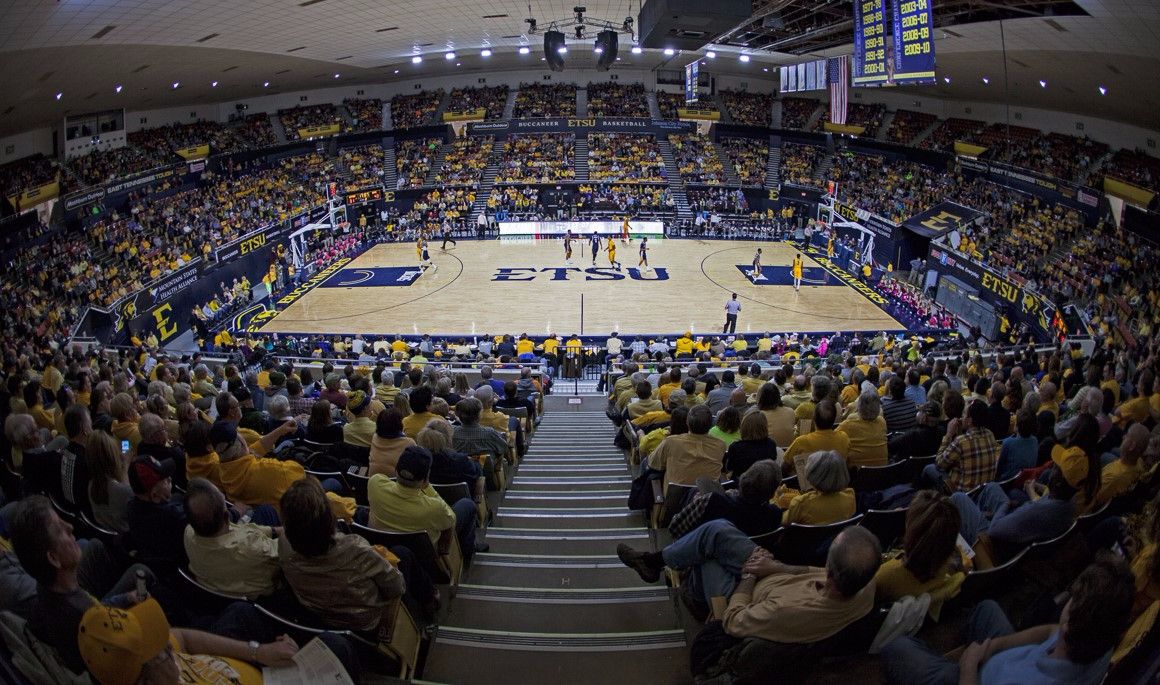 A crowd of 5,601 fans – the largest in the SoCon this season – was on hand to watch the Bucs take on UTC

JOHNSON CITY, Tenn. (Feb. 13, 2016) – Playing in front of the largest crowd for a Southern Conference game this season, the ETSU men’s basketball team was unable to rally in the final minutes and fell 76-68 to rival Chattanooga Saturday afternoon inside Freedom Hall.

“Give credit to Chattanooga, they played with a sense of urgency tonight and looked like a championship team,” said ETSU head coach Steve Forbes, whose team dropped to 10-2 at home this season. “We had a great crowd tonight and I wish we could have played better for them, but we as a team we have to get the crowd going. We can’t wait for the crowd to get us going. Now, it’s a matter of bouncing back and preparing for Western Carolina on Monday night.”

Chattanooga built a lead of as many as 16 points at 59-43 with 10:57 left in the game, but to the Bucs’ credit, they rallied to pull to within seven at 69-61 with 1:58 left on the clock. However, throughout that rally ETSU had several plays not go their way or bounces deflected to the advantage of the Mocs. In the end, it was too much to overcome.

For the game, the Bucs were led by a team-high 24 points from senior guard Ge’Lawn Guyn (Lexington, Ky.), while junior post Isaac Banks (New Orleans, La.) finished with 14. For the Mocs, Tre’ McLean had a game-high 25 points, while teammates Greg Pryor and Dee Oldham had 10 points apiece.

In the first half, both teams traded baskets early on and the Bucs maintained a small lead at 19-17 with just over eight minutes left before the break. Unfortunately for ETSU, the Mocs went on a 9-0 run over the next three minutes of play and then closed the half on another 11-3 spurt to make it 37-26 UTC at the break.

Prior to the intermission, Chattanooga held a 21-16 advantage on the glass and grabbed seven steals compared to one for the Bucs. After hurting the Bucs in the game earlier this year, McLean picked up where he left off with 14 points in the opening half.

The Bucs will wrap up their three-game Rivalry Week set of games on Monday, hosting Western Carolina at 7 p.m. inside Freedom Hall. For more on ETSU men’s basketball throughout the 2015-16 season, visit ETSUBucs.com and click on the men’s hoops link.