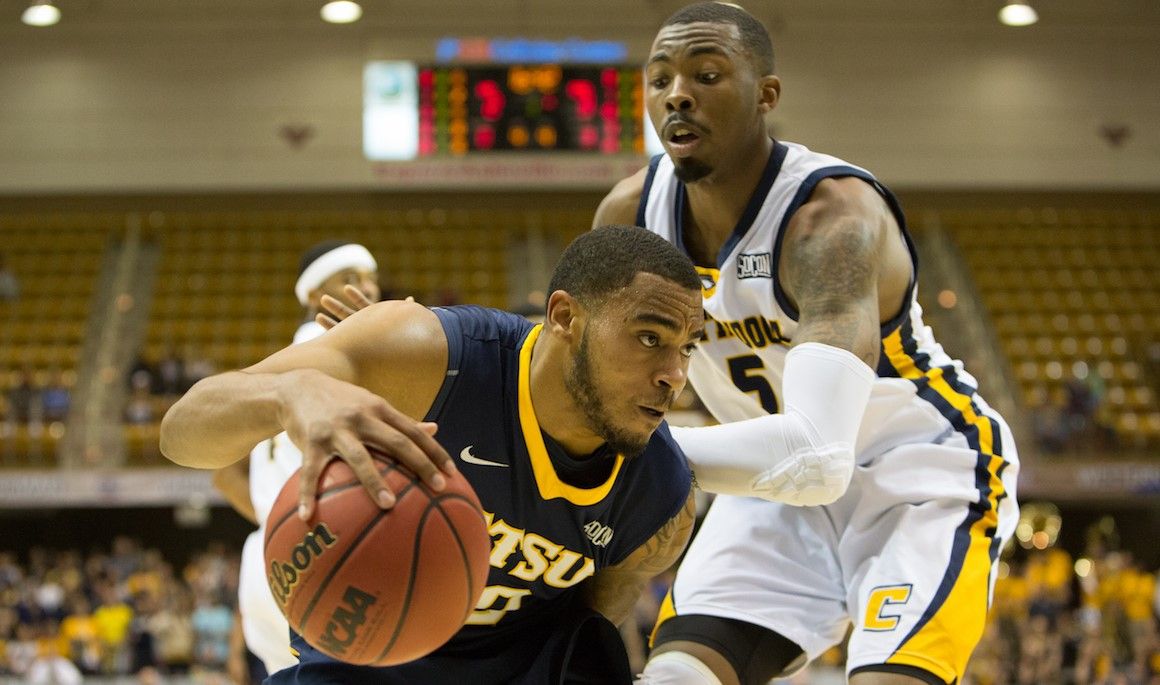 ASHEVILLE, N.C. (March 7, 2016) – Down 12 points at halftime, the No. 2 seeded ETSU men’s basketball team fought valiantly to within one point of No. 1 seed Chattanooga in the second half, but the Buccaneers’ fell short in their bid for a 10th trip all-time to the NCAA Tournament, falling 73-67 to the Mocs in the finals of the Southern Conference Tournament Monday evening inside the U.S. Cellular Center.

With the win, UTC improved to 29-5 and will represent the SoCon in the NCAA Tournament later this month. Meanwhile, ETSU drops to 23-11 and will now await opportunities to continue playing in other postseason tournaments this season.

“This is a tough way to end the season, but we’re not done yet,” said ETSU head coach Steve Forbes, referring to the possible postseason hopes for his team. “Chattanooga has a nice team and they will represent our conference well in the NCAAs, so hats off to them.”

Trailing 38-26 at halftime, the Bucs pulled to within one possession on multiple occasions in the second half. However, with the score 62-57 and four minutes left in regulation, ETSU junior guard T.J. Cromer (Albany, Ga.) attempted a 3-pointer and believed he was fouled on the play. Instead, after a no call, Cromer was assessed a technical foul, and in the wake of that play, Forbes was also called for a second technical. Chattanooga hit three of the four technical free throws, building their lead to 65-57 and the Mocs never looked back.

The Bucs were led by a game-high 14 points from sophomore guard Desonta Bradford (Humboldt), while Cromer scored 13 and senior guard Ge’Lawn Guyn (Lexington, Ky.) added 11. For Chattanooga, Greg Pryor and Tre’ McLean each had a team-high 13 points.

In the second half, ETSU surged back into the game thanks to a 12-2 run midway through the half that was powered by six straight points from junior forward A.J. Merriweather (Jackson). Despite even getting to within one at 50-49, the Bucs were never able to gain a lead in the second half.

The Bucs defensive effort was much better in the second half, as they held the Mocs to 32 percent shooting from the floor and a 23.1 percent clip from beyond the arc.

The Bucs are now 3-3 all-time against Chattanooga in SoCon final games, and dropped to 32-20 all-time in the league tourney.

The Bucs will now wait to hear word for when they will play again this season. For more on ETSU men’s basketball throughout the postseason, visit ETSUBucs.com and click on the men’s hoops link.