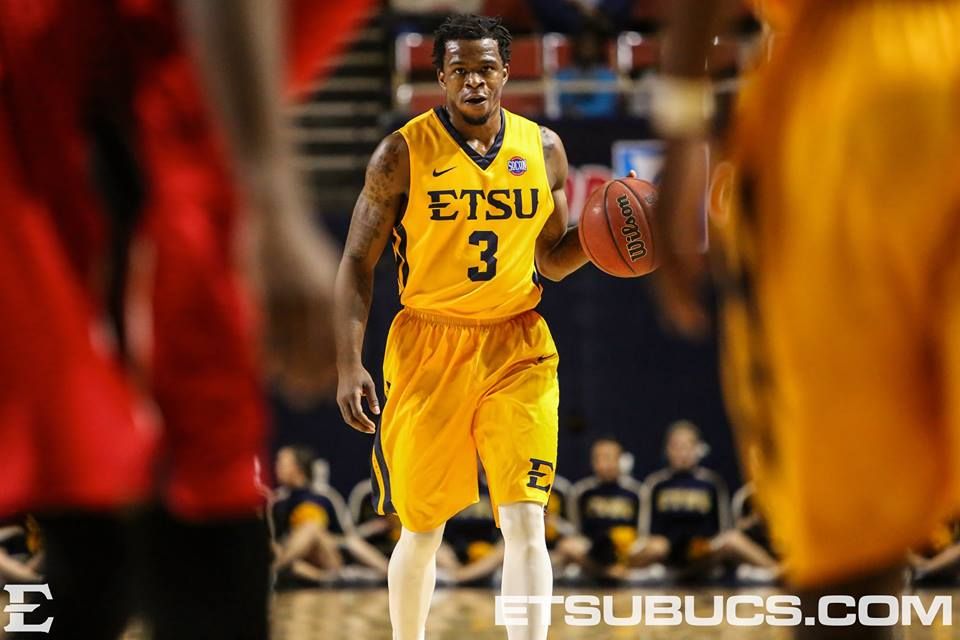 Guyn – who finished with 10 rebounds, six assists and four steals to go along with his 34 points – helped the Bucs improve to 24-11 on the year, while Louisiana Tech ends its season at 23-10. ETSU will now move on to face Oakland in the semifinals of the Vegas 16 Tuesday night at 11:30 p.m. Oakland advanced with a win over Towson earlier in the day.

“Ge’Lawn just had a monster game for us and probably his best floor game of the year,” said ETSU head coach Steve Forbes. “I can’t say enough about how well he played tonight. As a team I think there was some rust from the long layoff, but I was really pleased for the most part with the way we played. Now we have the short turnaround to get ready for tomorrow night against a really good Oakland team.”

The game got off to a great start for the Bucs, who built an advantage of as many as 11 points at 22-11 with 10 minutes left before the intermission. However, the Bulldogs would regroup and rally to outscore the Bucs 30-16 for the remainder of the first half and lead 41-38 at the break.

In the first half, the Bucs shot 44.4 percent from the field, but the Bulldogs’ full-court defensive pressure forced ETSU into nine turnovers, many of which led to easy transition points and allowed Louisiana Tech to outscore the Bucs 13-0 in fast break points. The Bulldogs’ Dayon Griffin was the story of the first half, netting a game-high 16 points before the break, while Guyn led the Bucs with 11.

After the intermission, Guyn began to take over the game, hitting five 3 pointers over a span of 10 minutes and scoring eight straight points in one stretch to help stake the Bucs to a 68-59 lead with six minutes left in regulation. He would finish the night 6-of-10 from 3-point range.

While Louisiana Tech would rally with six straight points to make it 68-65 and stayed within one possession for the next two minutes of game play, Bradford scored six straight for the Bucs during one decisive stretch to make it 76-67 with 3:44 remaining on the clock.

Even though the Bulldogs would claw their way back to within three points at 86-83 with three seconds left in regulation, a final in-bounds play to Guyn and another pair of makes at the free throw line sealed the win.

For more on ETSU men’s basketball, visit ETSUBucs.com and click on the men’s hoops link.