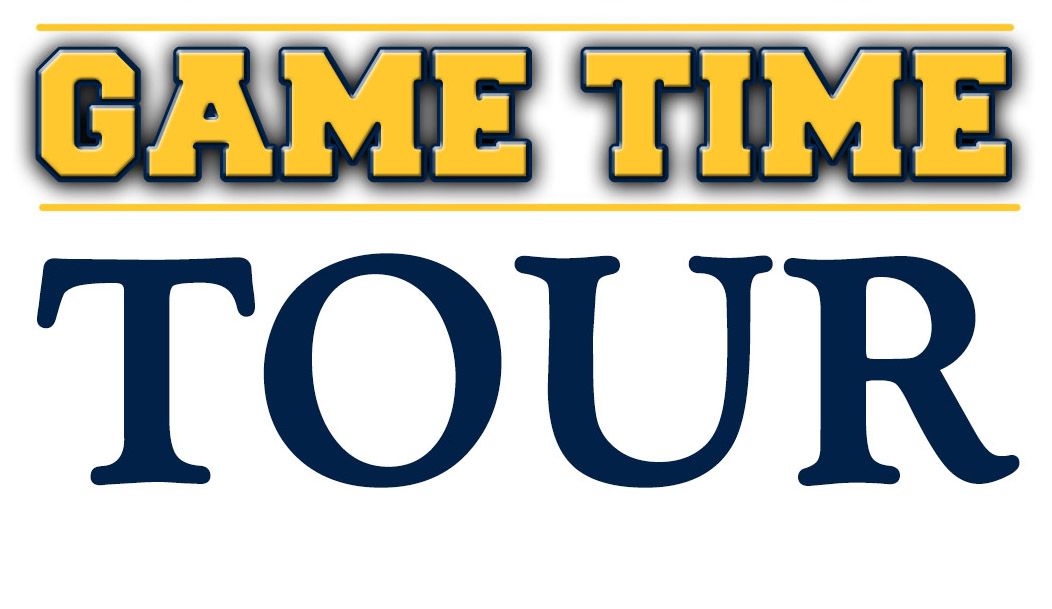 The ETSU Game Time Tour will give fans a chance to mingle with ETSU head coaches and staff, and talk about the upcoming 2016-17 seasons.
Bucs set to launch 2016 Coca-Cola Game Time Tour

JOHNSON CITY, Tenn. (April 28, 2016) – The ETSU Department of Intercollegiate Athletics announced Thursday that it will embark on the third annual Coca-Cola Game Time Tour beginning May 10 in Elizabethton at Beef O’ Brady’s. The three-stop promotional swing will also visit Greeneville (May 11) and Knoxville (May 17), as ETSU coaches and staff will be on hand to visit with Buccaneer alumni and fans.

The “Coca-Cola Game Time Tour" will be highlighted by question and answer sessions with several ETSU head coaches – including new head men’s basketball coach Steve Forbes, along with head football coach Carl Torbush and head women’s basketball coach Brittney Ezell. In addition, ETSU football consultant and former Tennessee head coach Phillip Fulmer will attend in the event in Elizabethton. The tour stops will also feature a tailgate-style meal and autograph session, as well as give ETSU supporters a chance to learn everything they would like to know about Buccaneer athletics.

“The mission of the Game Time Tour is to spread the word about all the positive developments at ETSU, and specifically the excitement surrounding our athletic program,” said Scott Carter, Senior Associate Athletic Director and Chief Operating Officer. “We want the Game Time Tour to give our fans and alumni throughout the region an opportunity to come out, meet our coaches, talk with administrators, get excited about Buccaneer athletics, and ask about what they can do to help our program succeed.”

Admission is free to the public in both Elizabethton and Greeneville, with a small charge for the baseball game with Tennessee in Knoxville. The tour’s full schedule can be found below along with start times.

Tuesday, May 17: Knoxville (Lindsey Nelson Stadium) beginning at 4:30 p.m. prior to the ETSU vs. UT baseball game which starts with first pitch at 6 p.m. (The first 30 people at this event will receive a free meal courtesy of the ETSU Alumni Association. Meal tickets after the first 30 are $10 each).