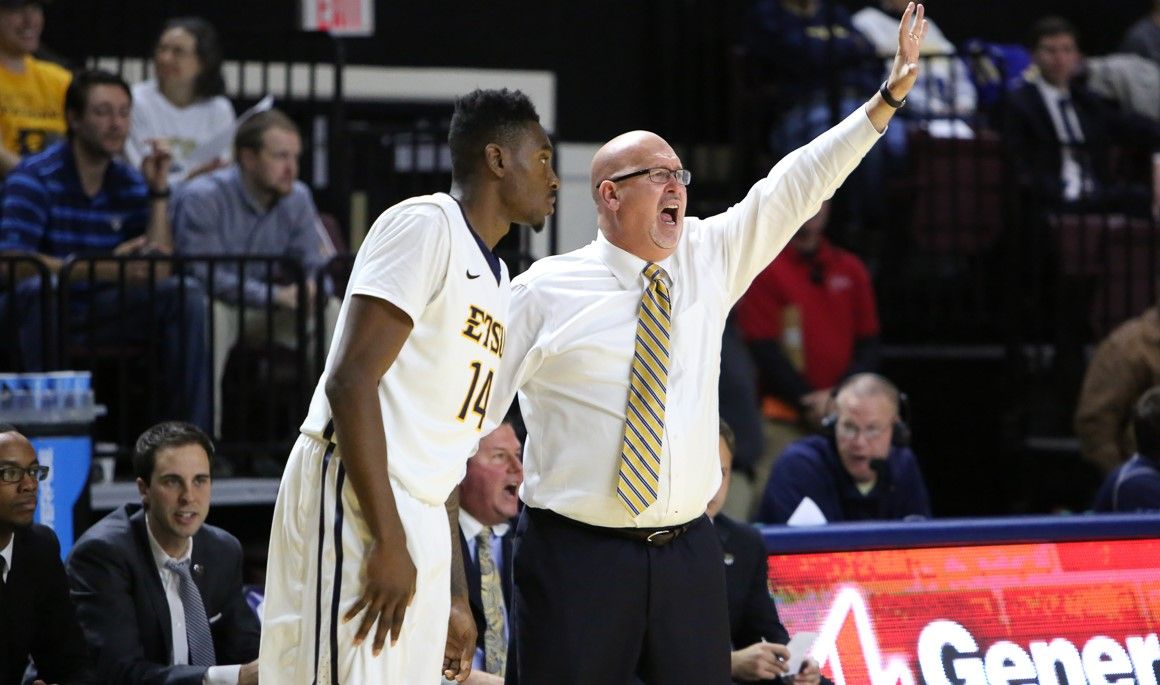 Head coach Steve Forbes led the Bucs to a 24-win season a year ago and has continued to make strides in the recruiting game since arriving in Johnson City.
Forbes makes USA Today list of “coaches on the rise”

JOHNSON CITY, Tenn. (Oct. 17, 2016) – ETSU head men’s basketball coach Steve Forbes was recently named to USA Today’s list of 10 coaches on the rise heading into the 2016-17 season. Below is an excerpt from the story by Jon Rothstein and a link to the entire list:

Which coaches are on the rise in college basketball? Check out our list below as we look at 10 coaches in the sport trending upwards. In no particular order…

Steve Forbes, East Tennessee State: Forbes won 24 games in his first season as a head coach in Division I and should be a perennial contender in the SoCon. A tenacious recruiter when he was an assistant at both Tennessee and Wichita State, Forbes knows how to find players. The Bucs currently have three players on their roster — Peter Jurkin (Indiana), Hanner Mosquera-Perea (Indiana), and Tevin Glass (Wichita State) that were all recruited to play at a significantly higher level before Forbes lured them to East Tennessee State.