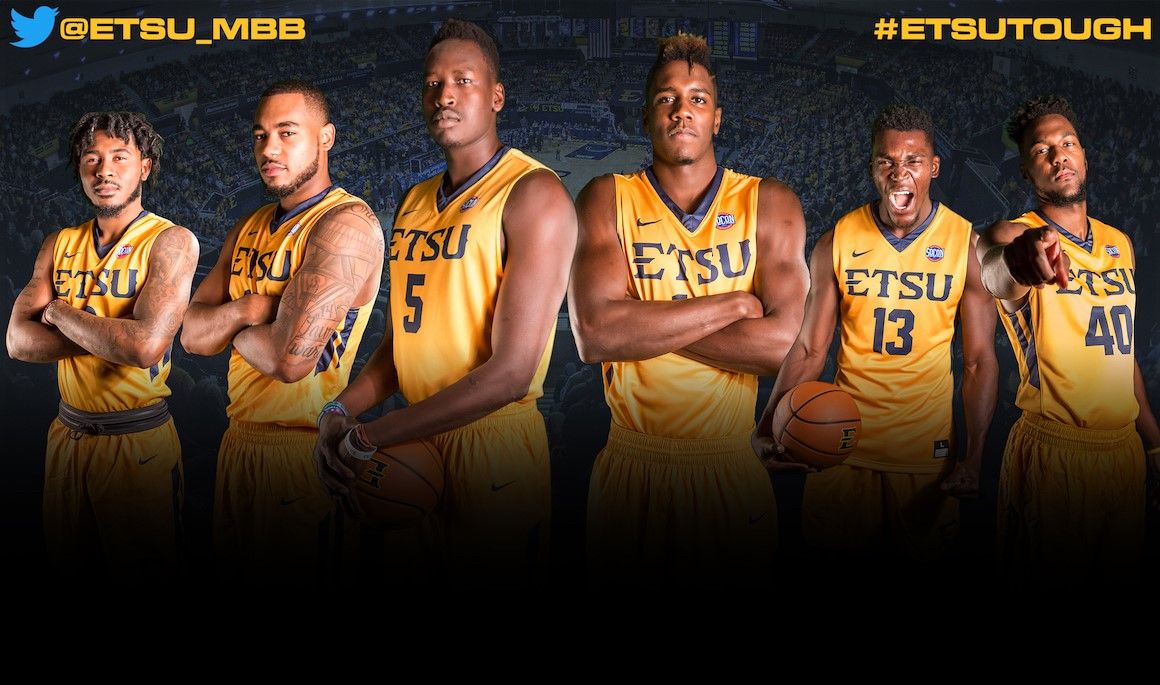 SPARTANBURG, S.C. (Oct. 26, 2016) – The ETSU men’s basketball team was picked to finish a close second behind Chattanooga in both the preseason coaches and media polls released Wednesday by the Southern Conference.

ETSU was slotted second (74) and received two first-place votes in the coaches poll, along with four first place votes in the media poll. Head coach Steve Forbes led the Bucs to a 24-12 mark in his first season at ETSU. The Bucs went 14-4 in league play and advanced to the title game of the league tournament. ETSU advanced to the postseason in 2016 and participated in the Vegas 16 tournament.

In addition, the Buccaneers’ placed senior guard T.J. Cromer (Albany, Ga.) and senior post Hanner Mosquera-Perea (Istmina, Colombia) on the preseason All-SoCon team. Cromer was an all-conference selection a year ago, while Mosquera-Perea is entering his first season with the Bucs after starting at center for Big 10 Conference power Indiana earlier in his college career.

As for Chattanooga, senior forward Tre’ McLean was named the SoCon Preseason Player of the Year. A 2016 all-conference selection, McLean led the Mocs’ starters in scoring (12.1 ppg) and rebounding (6.3 rpg) last season. Coaches were not allowed to vote for their own teams or student-athletes as part of the balloting.

Head coach Matt McCall returns four starters and seven lettermen from a team that finished 29-6 a season ago and posted a 15-3 mark in conference play. In addition to winning the league’s regular-season crown, the Mocs won the Southern Conference tournament and earned the league’s automatic bid to the NCAA tournament in 2016. Chattanooga was picked first in preseason balloting with 80 points on the strength of eight first-place votes.

Wofford (57) edged Mercer (55) for third place in the preseason balloting. Furman and UNCG tied for fifth place with 50 points apiece.

2016-17 Preseason Player of the Year (selected by head coaches)