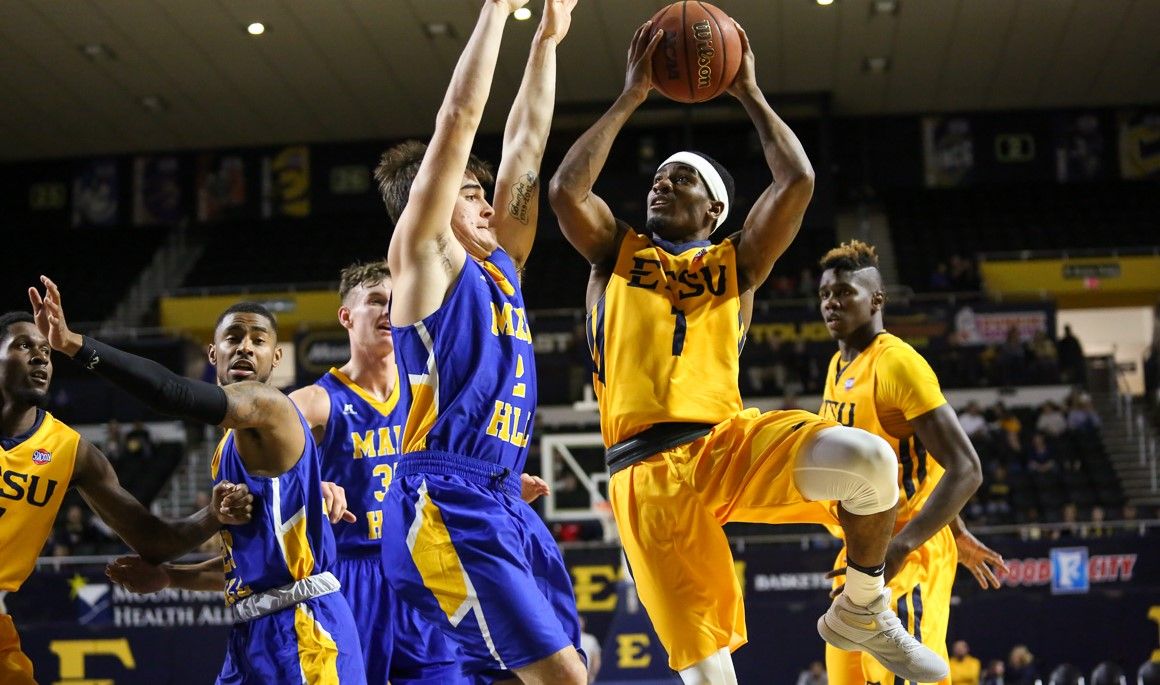 JOHNSON CITY, Tenn. (Nov. 5, 2016) – Using a frenetic pace on offense to shoot 59 percent from the floor, dish out 20 assists and put four players in double figures, the ETSU men’s basketball surged in the second half and cruised to a 104-67 win over Mars Hill in exhibition basketball action Saturday afternoon inside Freedom Hall.

“This is what we expect from an offensive standpoint, because we believe we can score the basketball,” said ETSU head coach Steve Forbes. “Give Mars Hill credit, though. I think their motion offense gave us some trouble in the first half, but we adjusted well in the second half and that helped us pull away.”

In fact, Mars Hill led much of the first half and held a 35-28 advantage with 7:28 left before the intermission. At that point, Payne scored 10 of the Bucs next 14 points to spark a 14-2 ETSU run and take the lead at 42-37. The Bucs ultimately outscored Mars Hill 21-8 over the last seven minutes of the half and enjoyed a 51-43 cushion into the break.

After the intermission, the Bucs came out on fire offensively and clamped down on the Mars Hill offense, going on a 16-4 run to open the half and lead 67-47 with just under 16 minutes left in regulation. The ETSU advantage ultimately grew to as many as 38 by the end of the game.

For the contest, the Bucs were an impressive 16-of-16 from the charity stripe and out-rebounded Mars Hill, 32-27. ETSU also collected 12 steals off 20 Lions’ turnovers for the game, while holding Mars Hill to just 31 percent shooting from the floor and a 17 percent clip from 3-point range in the second half.

The Lions were led by a game-high 18 points from Bennett Wilson, while Valentin Bauer netted 12.

The Bucs will return to Freedom Hall for their regular season opener on Nov. 11, as they host Atlantic 10 Conference member Fordham at 7 p.m. For more on ETSU men’s hoops throughout the 2016-17 season, visit ETSUBucs.com and click on the men’s hoops link.