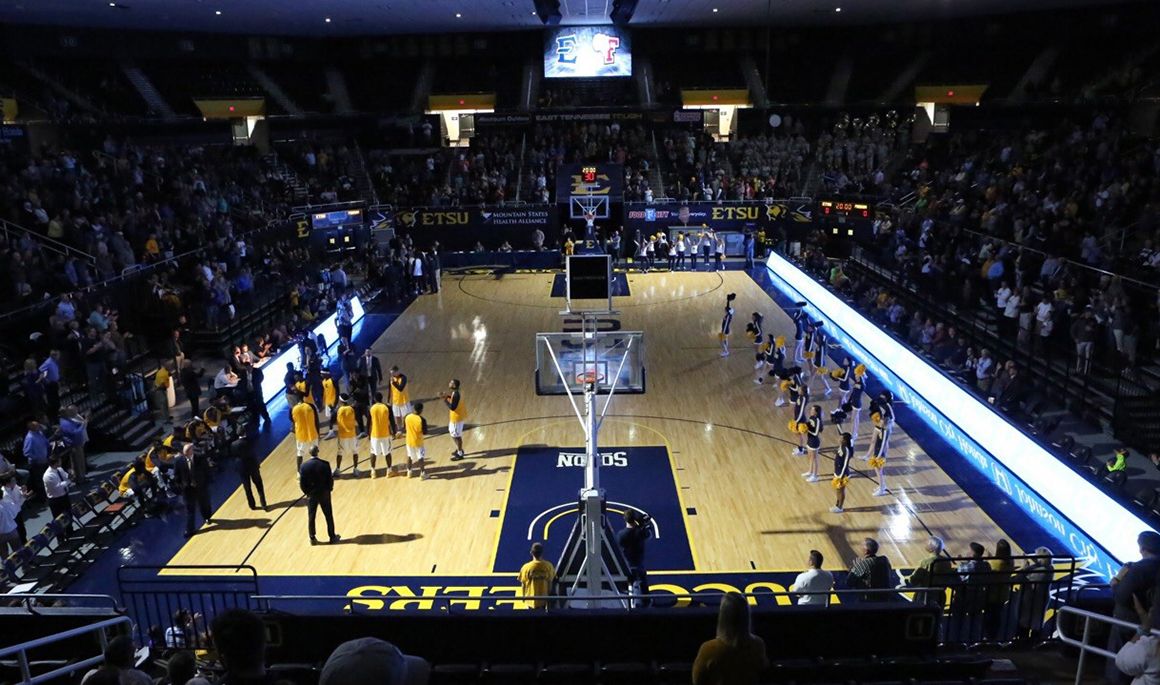 The Bucs (1-0) trailed early on, but went to a new 1-3-1 zone early in the second half to surge ahead by as many as 37 points by the end of the game. Along with Burrell, senior guard T.J. Cromer (Albany, Ga.) finished with 16 points, junior guard Devontavius Payne (Carbondale, Ill.) netted 14, and senior guard A.J. Merriweather (Jackson) added 13. Meanwhile, both junior guard Desonta Bradford (Humboldt) and senior forward Isaac Banks (New Orleans) pitched in 10 points each.

“I think defensively we changed our tempo when we went to the 1-3-1 in the second half and that caused them some problems,” said ETSU head coach Steve Forbes, whose team finished with 21 assists on the night and out-rebounded the Rams 34-18. “With our length it’s a pretty good defense for us. We went on a 10-2 run right there at the start of the second half and I think that was the difference in the game.”

With Fordham expected to be aggressive thanks to their hounding man-to-man, trapping defense, the Bucs struggled to take the lead early in the game. In fact, with the Rams hitting their first five 3-pointers of the contest, Fordham built a lead of 18-13 with 12 minutes left before the break.

However, at that point ETSU found its offensive footing, putting together a 12-5 run highlighted by dunks Merriweather and Burrell to make it 25-21 in favor of the Bucs. From there, another 13-5 run helped ETSU pull away further and ultimately the Bucs led 47-37 at the break.

After the break, the Bucs confused Fordham by opening in a 1-3-1 zone defense that helped turn the ball over on multiple possessions and resulted in a 13-2 run to make it 60-39 with 15 minutes left in the game.

At that point, Rams’ head coach Jeff Neubauer was hit with a technical foul for arguing a call from the bench, but instead of energizing his team, the Bucs proceeded to go on another 10-2 run to put the game away.

Fordham was led by 18 points from Javonte Hawkins, while Antwoine Anderson and David Pekarek scored 11 points each.

Other notable stats included a 30-14 edge for the Bucs in points off turnovers and a 46-13 advantage in bench points.

The Bucs will return to Freedom Hall for their next game on Monday, Nov. 14, as they host Detroit Mercy at 7 p.m. For more on ETSU men’s hoops throughout the 2016-17 season, visit ETSUBucs.com and click on the men’s hoops link.