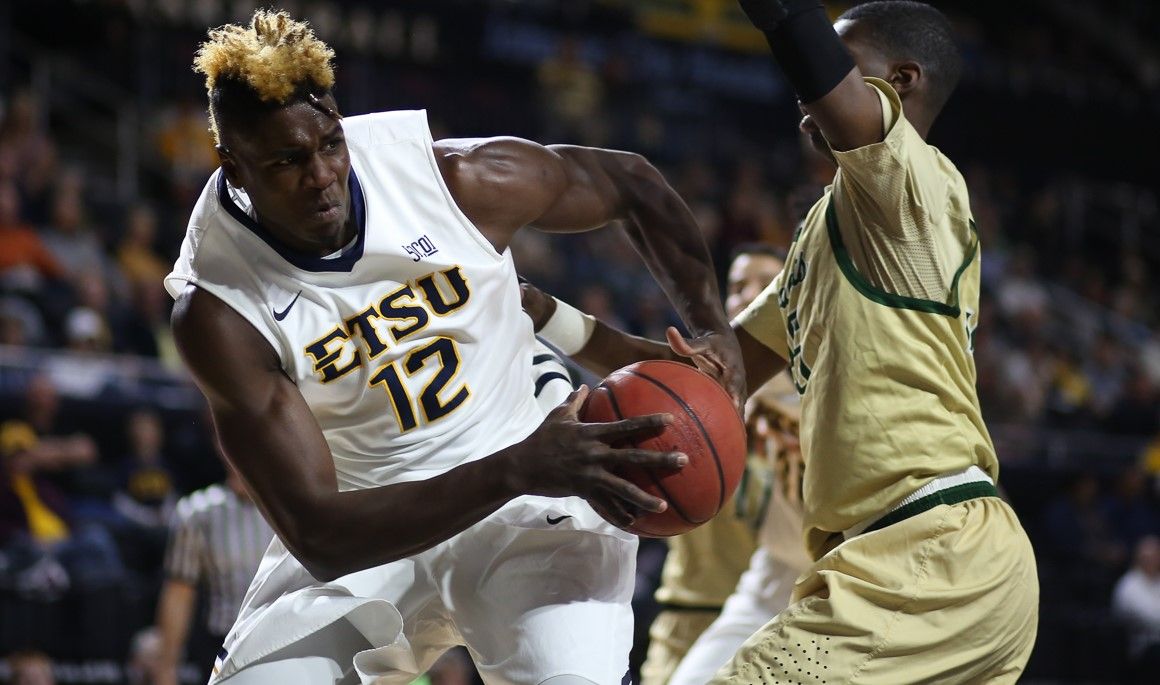 The Buccaneers, who improved to 6-1 on the season, trailed by as many as five with six minutes left in regulation, but closed the game on an 8-0 run to drop the Bobcats (1-6).

“I told our team that’s not us,” said ETSU head coach Steve Forbes. “We made plays down the stretch, but we shouldn’t have been it that situation in the first place. Give Lees-McRae credit because they were ready to play tonight. They were more composed than we were.”

Despite out-rebounding the Bobcats 47-28 and going 33-of-44 from the foul line compared to Lees-McRae’s 10-of-13 effort from the charity stripe, the Bucs looked on as the Bobcats’ bench players outscored ETSU 54-22 on the night. In fact, one of those bench players – guard Lepreece Lynch – finished with a game-high 25 points.

After honoring Buccaneers’ legend and current Lees-McRae assistant coach Keith “Mister” Jennings prior to the game, ETSU opened up in impressive fashion, dominating on the boards and pulling ahead by 11 at 13-2. However, for the remainder of the first half, Lees-McRae methodically worked its way back into the game and ultimately led 41-40 at the break.

While the Bucs outrebounded the Bobcats 26-17 in the first half, Lees-McRae countered that number by outscoring the Bucs 28-7 in bench points. In fact, in the first half, Lynch came off the bench to lead all scorers with 15 points, while Mosquera-Perea put up impressive first-half numbers with team highs for points (12) and rebounds (7).

Following the halftime break, the Bucs again looked like they may be prepared to pull away, scoring the first seven points of the second half to lead 47-41. However, the Bobcats regrouped and regained the advantage by going on a 15-5 run to regain a 46-43 edge.

The Bobcats ultimately led by as many as five at 77-72 with 5:46 left in regulation before the Bucs went on a 13-3 run to close out the game. Down the stretch, Mosquera-Perea twice scored – once on a dunk – while junior guard Desonta Bradford (Humboldt) and Cromer combined to go 4-for-4 from the line. Bradford finished the game with 12 points, five rebounds and four assists.

Along with Lynch, the Bobcats got 11 points from Jordan Turner.

The Bucs will return to action at home on Sunday, hosting Limestone College at 2 p.m. inside Freedom Hall. For more on ETSU men’s basketball throughout the 2016-17 season, visit ETSUBucs.com and click on the men’s hoops link.