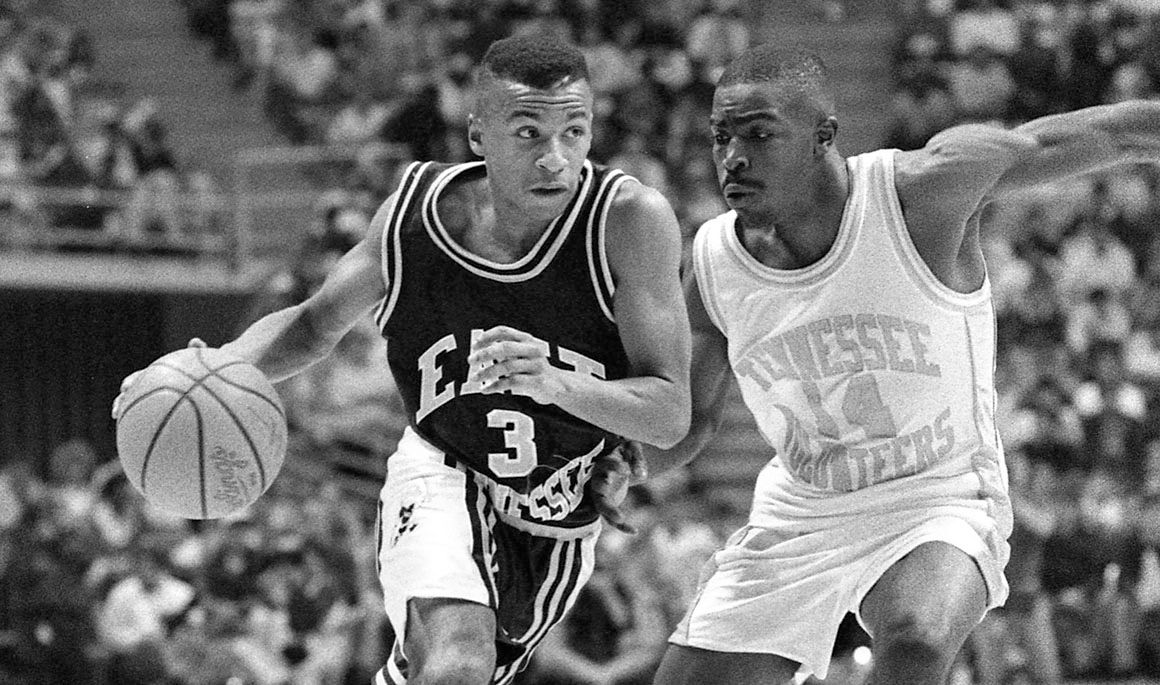 Guard Jason Niblett scored a game high 33 points for the Bucs in their win over Tennessee in 1991.
A look back: Former Bucs recall games with the Vols
Related Links

Editor's Note: The following story from the Johnson City News & Neighbor is shared by permission.

Gary Scheuerman remembers all too well the last time Tennessee’s basketball team played East Tennessee State in Johnson City.
He missed a last-second shot from the corner to seal East Tennessee State’s 48-47 loss to Ray Mears’ Volunteers in Memorial (Brooks) Gym on Dec. 9, 1963.
“When they came to our place we should’ve won,” Scheuerman said. “The wrong guy shot at the end, and you’re talking to him. They drew a play up for Houston Frazier and it ended up to me in the corner and the clock was running out and I had no choice. I shot it and it just barely hit the rim. …
“Shoot, they were pulling Houston’s jersey. (Official) Ralph Stout said, ‘I was screened.’”
A.W. Davis scored Tennessee’s final 14 points to help set the stage for Scheuerman.
“I could’ve been a hero forever and ever,” Scheuerman said.