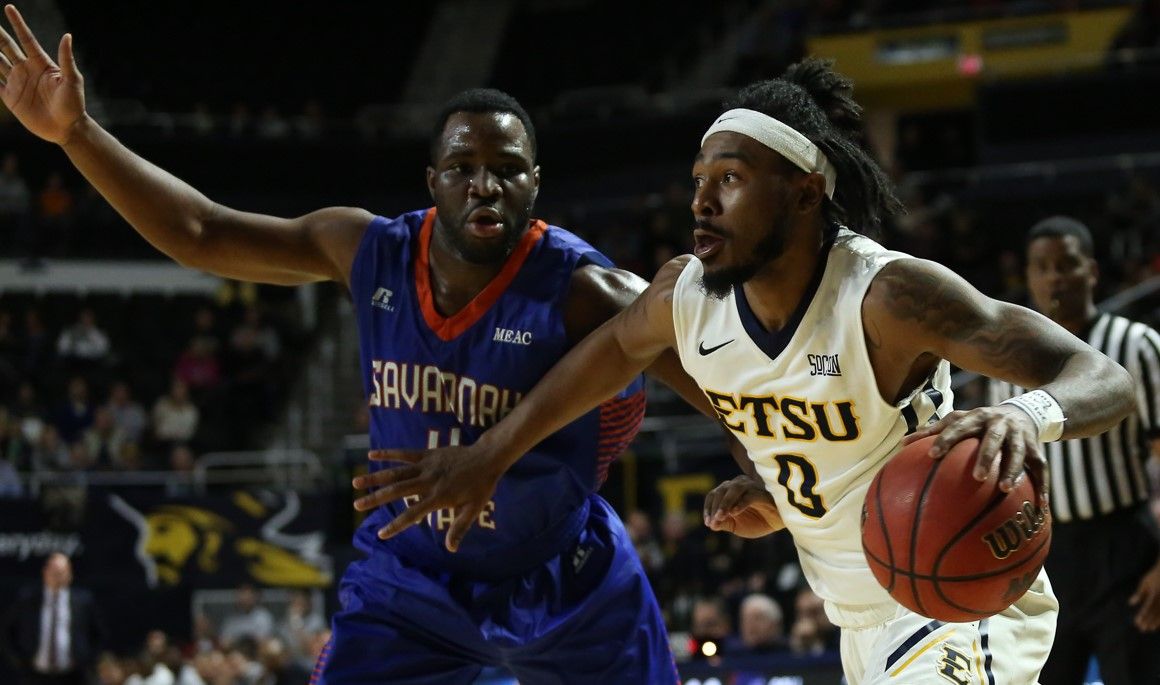 With the win, the Buccaneers improved to 10-3 on the season, marking the first time since the 1990-91 season that an ETSU team has collected 10 non-conference wins. Meanwhile, Savannah State dropped to 3-10 on the year.

“I’m really proud of our team for getting to 10 non-conference wins because that’s tough to do for mid-major programs that can’t buy home games,” said ETSU head coach Steve Forbes, who picked up his 200th career head coaching win on Thursday night. “It’s a feather in our cap, but now the real work begins. I told our team that same thing earlier in the locker room. The game Saturday against VMI is when the real work begins.

Facing a team that entered the game leading the nation in 3-pointers made and averaged 86.2 points per game, the Bucs held the Tigers 15 points below their season average for points. While Savannah State would hit 15 3-pointers on the night, the Bucs nearly matched that number with a season high 14 makes themselves and set a season high with 24 assists on 31 made shots from the floor.

ETSU came out on fire offensively in the first half, shooting over 60 percent from the field and 50 percent from the 3-point arc on way to building a 19-point lead at 26-7 with 13 minutes left before the intermission. However, the Bucs went cold at that point, suffering through a five-minute stretch that saw them make just one field goal, allowing the Tigers to outscore them 21-10 over a particular stretch and make it 36-28 with 3:58 left in the first half.

The Bucs regrouped at that point to finish the half up by 11 at 44-33. Payne was the highlight of the first half, posting a season high four 3-pointers and leading all scorers with 14 points in the opening 20 minutes of play. ETSU also held a 16-8 edge on points in the paint and a 24-10 advantage in bench points in the first half.

After the break, the Tigers would cut the lead to nine with the first basket of the second half, making it 44-35. However, that would be as close as they would get the rest of the way, as Cromer – who scored just five points in five minutes of play in the first half – would find his range and score 15 of the Bucs’ first 21 points in the second half to build a lead of 65-49 with 10:41 left in regulation.

For Savannah State, guard Dexter McClanahan carried the majority of the load offensively, scoring a career high 28 points and going 7-of-11 from 3-point range. Meanwhile, teammate Robert Kelly was the only other player to reach double figures with 10 points.

The Bucs will return to action on Saturday as they open Southern Conference play by hosting VMI at 2 p.m. inside Freedom Hall. For more on ETSU men’s basketball throughout the 2016-17 season, visit ETSUBucs.com and click on the men’s hoops link.