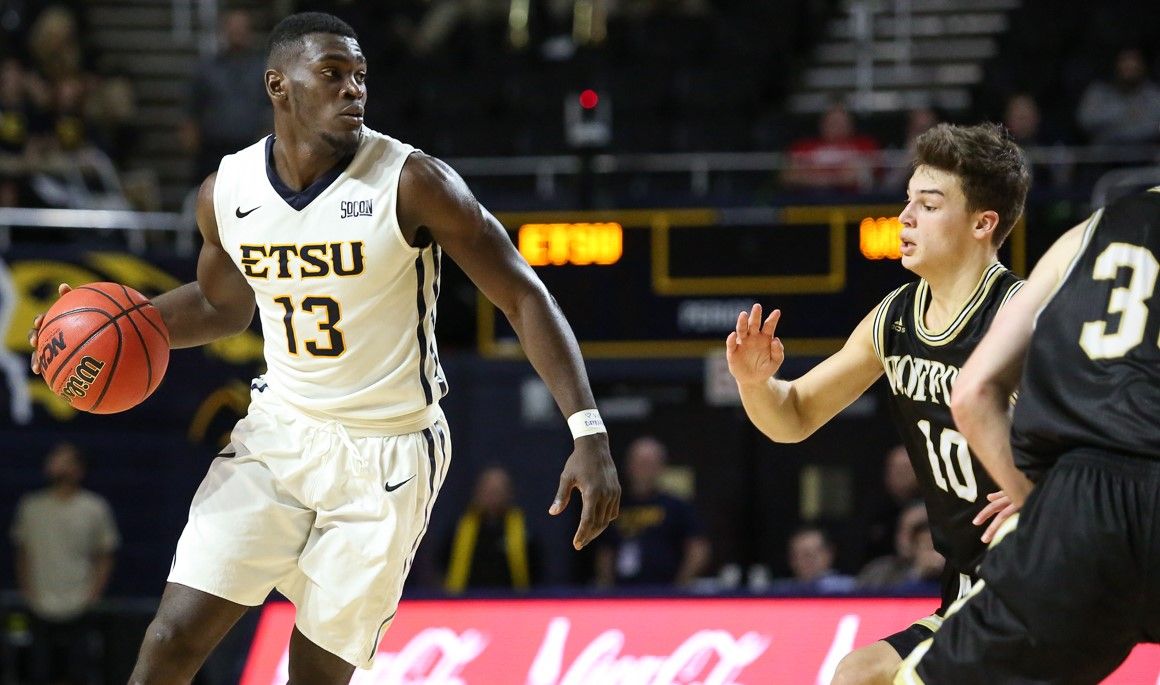 Cromer and Bradford finished with a team high 17 points each, while Merriweather finished with a season high 16, while dishing out four assists and grabbing two steals. That Buc trio helped turn back an impressive effort from Wofford guard Fletcher Magee, who finished with a game high 24 points.

“I thought we had so much better ball movement today on offense,” said ETSU head coach Steve Forbes, whose team remains just one game back of first place in the loss column of the SoCon standings. “Early in the game we really established our post presence and that loosened up our offense and got our guards chances to get shots. Wofford is a really good team and their record is not indicative of how they play. We did a nice job defensively holding them below their season average.”

Turnovers also became a huge factor in the outcome. After committed 15 turnovers in the opening half but still holding a four-point lead at the break, the Bucs only turned the ball over four times after the intermission. Those numbers helped the Bucs build a comfortable lead and hold on for the win. Along with Cromer, Bradford and Merriweather, the Bucs also got 12 points from junior forward David Burrell (Milwaukee).

The opening half was a well-played 20 minutes by both teams. Despite tough defensive pressure and effort, the Bucs shot a blistering 64 percent from the field, but was matched by Wofford’s 56 percent mark from 3-point range. The result was a tight game that ended with ETSU holding a four-point lead at 41-37, thanks to a 3-pointer from Burrell at the close of the half.

After the intermission, the Bucs watched Wofford get to within one at 59-58, but at that point Cromer scored four points during a 9-2 run to stake ETSU to a 68-60 lead with five minutes left in the game. From there, the Terriers tried to respond and got to within four at 75-71, but the Bucs answered each of those threats to put the game away.

The Bucs will be back on the road for their next game at Samford on Wednesday night. Tip in Birmingham, Ala., is set for 8 p.m. For more on ETSU men’s basketball throughout the 2016-17 season, visit ETSUBucs.com and click on the men’s hoops link.