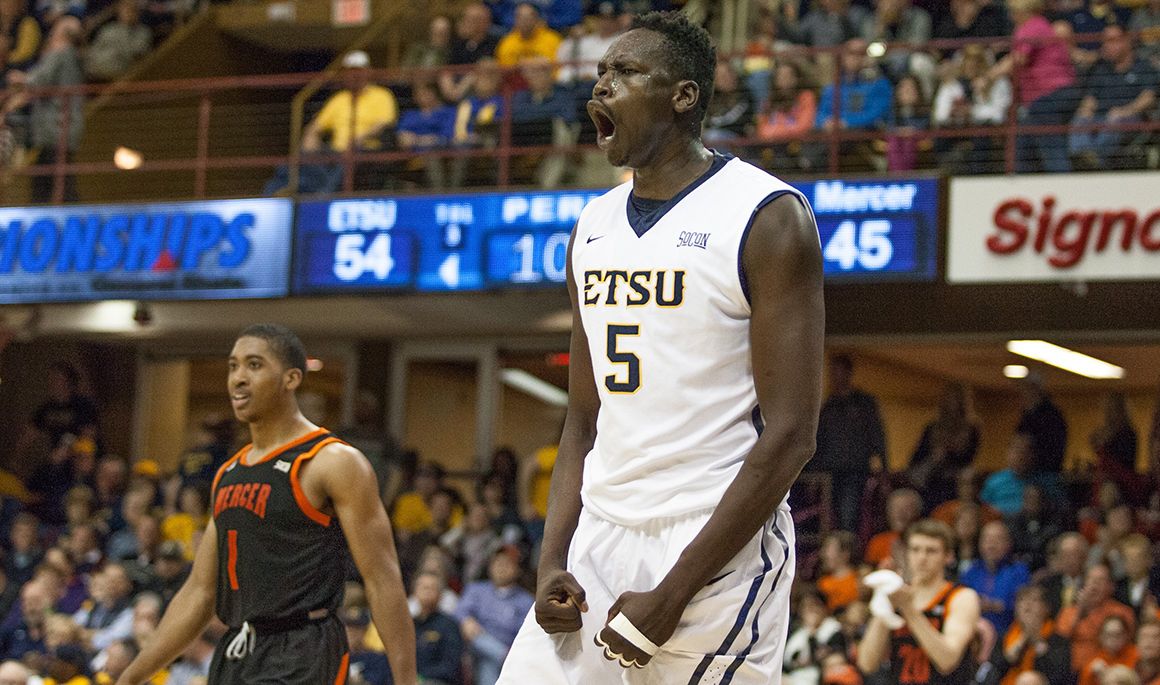 Senior post Peter Jurkin will be back with the Bucs again in 2017-18.
NCAA grants Jurkin sixth year of eligibility

Jurkin, a 7-foot, 245-pound center, was granted a medical waiver by the Big 10 Conference for the 2012-13 season due to severe medical injuries. These injuries continued on during the 2013-14 and 2014-15 seasons, which led to Jurkin receiving an additional year of eligibility due to a loss of opportunity to participate and an extension of his eligibility clock to include a sixth year of competition.

“I’m very excited and I want to thank ETSU and the NCAA for granting my sixth year,” Jurkin said. “I’m looking forward to leading our team on and off the court. I want to have an important role in what we accomplish this year.”

Forbes said he was excited for Jurkin.

“I’m very happy for Peter,” Forbes said. “He deserves this opportunity. He has endured and overcome a lot of physical pain since he stepped foot on campus as a freshman at Indiana. He now has a chance to enjoy a pain free senior year.”

ETSU Director of Intercollegiate Athletics Dr. Richard Sander praised Forbes and the rest of the staff that made this possible.

“This is an example of the commitment Coach Forbes and our entire staff have to our student-athletes,” Sander said. “Other people would not have kept fighting and persevered in a situation like this, but we did.”

Forbes also said he was grateful to those individuals who worked tirelessly to reach this conclusion.

“A lot of people worked very hard to help make this happen for Peter,” Forbes said. “Kay Lennon, Associate AD for Student-Athlete Welfare and Compliance, did a phenomenal job preparing and presenting his case. She stayed the course throughout this process and never relented on Peter’s behalf. This wouldn’t have happened without her diligence and hard work. Our medical team of athletic trainer Brett Lewis, Dr. Ralph Mills and Dr. Reagan Parr have provided Peter with tremendous medical care since his arrival at ETSU. They were very instrumental in the positive outcome he received today.

“The NCAA deserves a lot of credit for this decision as well. They were very helpful throughout the process and they showed they were truly concerned about what was best for Peter.”