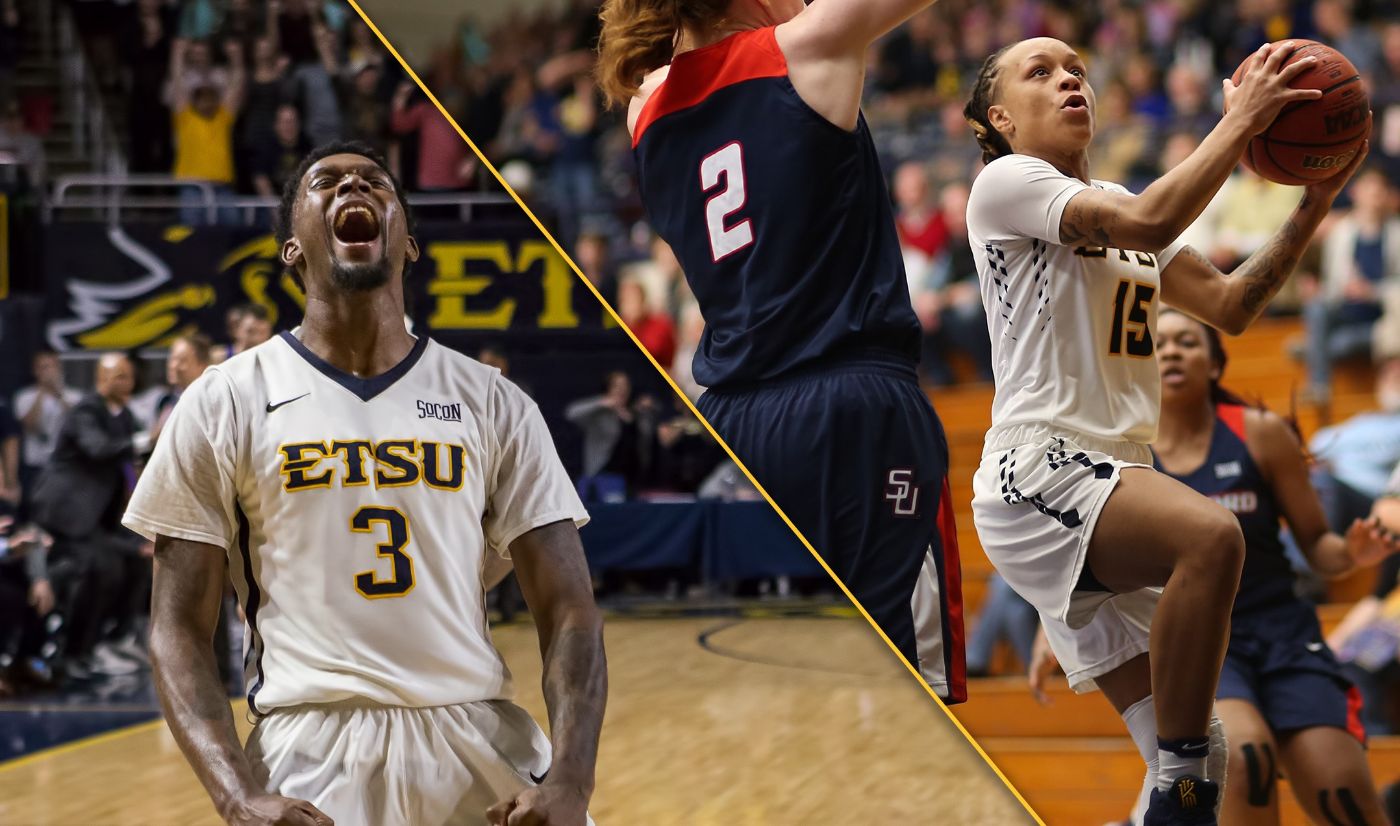 JOHNSON CITY, Tenn. (Sept. 18, 2017) – The ETSU Department of Intercollegiate Athletics announced on Monday that season tickets for both the 2017-18 men’s and women’s basketball seasons are now available for purchase.

Season ticket packages for the women’s slate at Brooks Gym are $75 each, while season packages for the defending Southern Conference men’s basketball champions at Freedom Hall start at $110. The men’s home schedule will include seven non-conference matchups along with nine Southern Conference games, while the women’s slate will include six non-league games and seven contests against SoCon opponents.

For more on ETSU men’s and women’s basketball throughout the 2017-18 season, visit ETSUBucs.com.