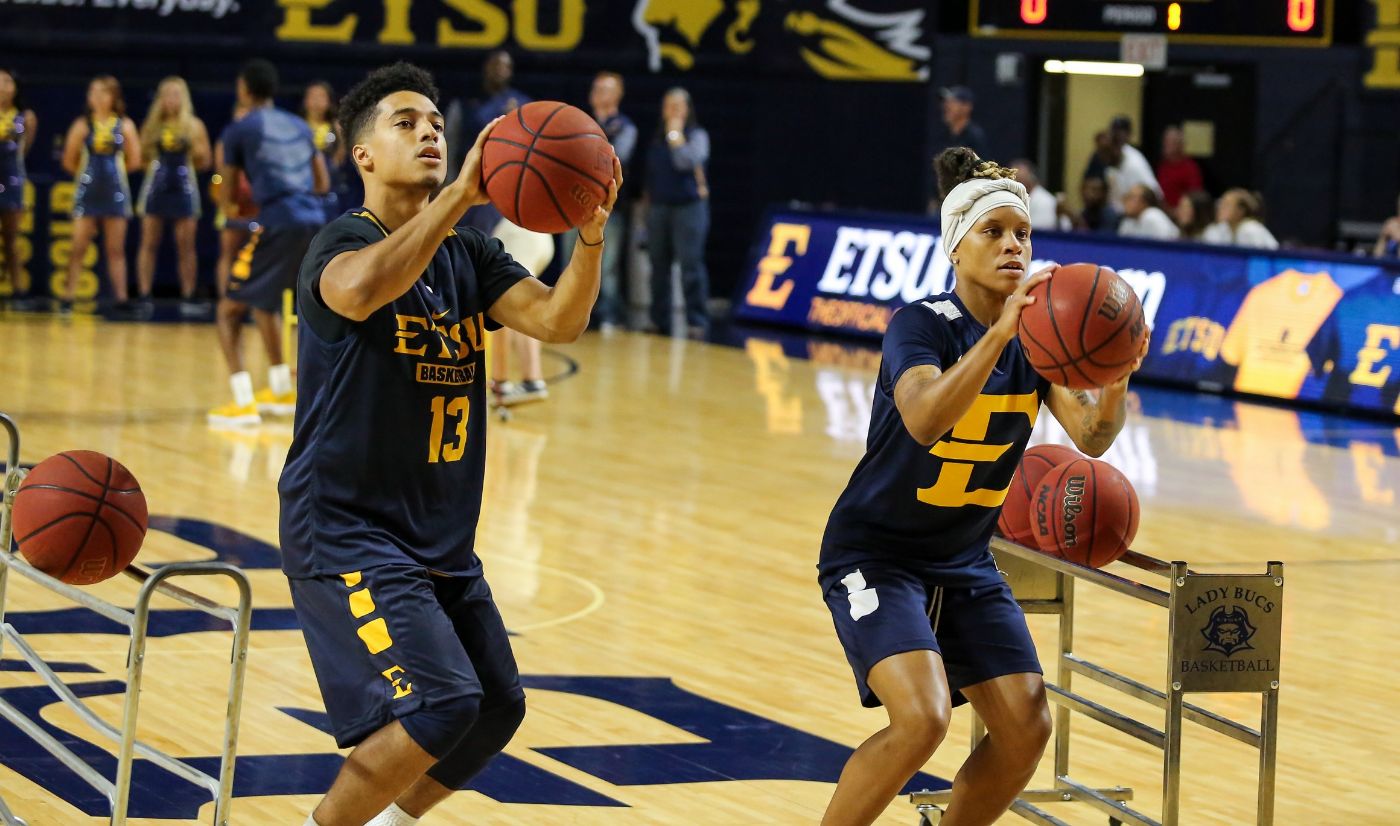 The event, which was free to the public, featured both programs in traditional 3-point shooting challenges, dunk exhibitions, and intra-squad workouts. Fans also had the opportunity to hear from both men’s head coach Steve Forbes and women’s head coach Brittney Ezell about their expectations for the upcoming season.

“We really enjoy this chance to thank our fans and build excitement for the new season,” Forbes said. “Our fans are the best in the SoCon and they show it every year at Bluenanza. It’s just a great night for everyone.”

Ezell said it’s all about connecting the players with the fans.

“Bluenanza is a fantastic opportunity for us to meet the fans and build relationships,” Ezell said. “It’s always a great show and that tradition continued tonight.”

For more on ETSU men’s and women’s basketball throughout the 2017-18 season, visit ETSUBucs.com and click on the basketball links.